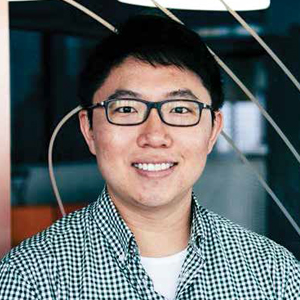 Leo Wan, CEO
The biotechnology industry is in full bloom, making significant investments in drug development, DNA engineering and R&D. The field is undergoing globalization on a never before seen scale, leveraging new technologies to emerge as an area of activity, effecting a tremendous impact on all domains of human welfare. Concurrently, genomics, an interdisciplinary field within biotechnology—that deals with elucidating and understanding the genomic makeup of organisms—is becoming quite a popular topic as well. Widely applied in the healthcare sector, genomics is yielding exciting insights into understanding the structure of genomes and gene mapping. The latter in particular, has become substantially affordable over time to the current state where genetic sequencing and DNA sequencing, is used in advanced research for detecting genomic diversity. However, a huge problem that the industry faces is the lack of a platform that will enable a researcher or scientist to experimentally characterize genetic diversity as quickly as we can detect them using DNA sequencing. This implies that over 60 percent of genetic mutations seen by the biotech industry, are not understood, despite which DNA sequencing tests are still accurate, even in light of no functional data.

Acknowledging the problem, Ranomics, a Toronto based Biotech Company, was formed to identify functionally important variants on target genes. “Ranomics offers highly scalable and flexible genomics solutions such that researchers can engineer and study genetic diversities as fast as they can detect it using sequencing.” quotes Leo CEO, Ranomics. The company also offer high throughput screening services and tools for a wide range of applications, including protein engineering and characterization, drug discovery, and synthetic biological applications. The company currently offers two flagship products, the first being Variant Enabled Rapid Genomics (or VERG), which is Ranomic’s flagship high-throughput functional genomics platform. The second, VariantFind, is the company’s patent-pending library building technology. Ranomics has thus proved themselves a game-changer in the space of functional genomics.

With the help of its high screening platform, VERG can build massively diverse libraries of mutation for any piece of DNA or a particular chain of sequence that interests the client. Taking this piece, every possible mutation on the gene can be sampled, and then the physical consequences of mutations are observed by introducing these engineered genes into human model cells. VERG is broadly applicable and can identify key variants for areas of discovering new medicines, agriculture, or treating patients. One of the striking features is with a full suite of cell-based screening assays; Ranomics can identify key variants in any research or product development program. Ranomics is revolutionizing the DNA market space by delivering the variant libraries in 4-6 weeks which significantly reduces the turn-around time for all its partners.

From being a company dealing with yeast genetics in the early days to developing the state-of-the-art library, studying and implementing mammalian cells, Ranomics has come a long way. Ranomics now focuses on clinical models as a value-add for partners in pharmaceutical drug discovery and genetics program. Ranomics has already established its foothold in North American regions and has recently announced a distribution partner in Singapore which will introduce them to the Asia-Pacific Market. Envisioning the future, Ranomics is all set to launch a suite of novel screening tools next year, making them a full-fledged service provider in the industry. 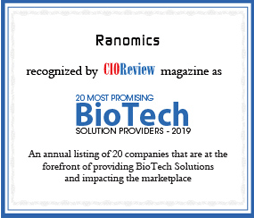 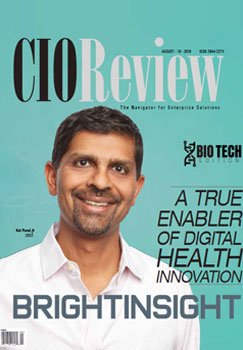