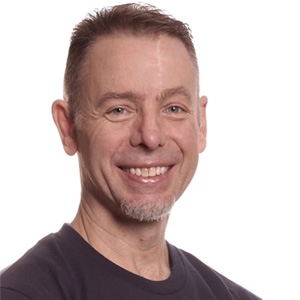 Steven Bonney, EVP
Many CIOs will tell you that the healthcare vertical is a tall order. Its biggest entities are overwhelmed by the task of aggregating and normalizing all of the data generated from different Electronic Health Records (EHRs), lab systems, and other sources. It’s especially difficult to isolate the most relevant pieces of data and put them in the hands of the right people quickly and efficiently. That’s when organizations start spending. Millions of dollars are funneled into EHR implementations that can take years to start working. Worst of all, they don’t even cater to more than one or two needs that the client might have.

“The IT teams are so constrained that it doesn’t allow them to go out and take on other potentially lucrative projects,” explains Steven Bonney, EVP, RecordsOne. Naples, FL based RecordsOne has managed to capitalize using their R1 platform. Rather than narrowing its focus to a single niche, the platform’s embedded with a plethora of features such as comprehensive chart reviews, Clinical Documentation Improvement (CDI), coding (CAC), auditing, real-time business intelligence tools and more. With R1’s all-in-one integration, users get an enterprise-wide view of their data right away rather than waiting the usual thirty days.

In centralizing healthcare operations to RecordsOne’s R1 platform, companies can create transparency between departments, better prioritize cases and automatically invoke workflows to escalate those cases. Managers and supervisors can access dashboards and actively track what’s happening in their businesses with the assurance of airtight security. Not only does the platform meet HIPAA and HiTech requirements, but it also regularly undergoes penetration testing from independent firms. In the course of 17 years, RecordsOne has never been hacked. “We don’t go offline, nor have scheduled downtime for days at a time, and we perform real-time backups of everything so that it’s always on,” elaborates Bonney.

We don’t go offline, nor have scheduled downtime for days at a time, we customize and back everything up so that it’s always on

For an example of R1 in action, look no further than Catholic Health Initiatives (CHI). With multiple regions and dozens of hospitals, the nonprofit organization set its sights on creating a center of excellence to normalize their processes. Two of their regions were running on two different Epic implementations and six different MEDITECH implementations, which created a host of problems for them to deal with, the main one being their short-handed staff. By centralizing their processes to R1, they adopted a system that RecordsOne personally configured to automatically prioritize their cases according to importance, which could be determined by patient diagnoses, procedures, payer, LOS, documentation deficiencies and other factors. The move increased the quality of their documentation and improved their financial outcomes as well.

“We have a fiscal responsibility to the industry and to the country to offer better tools for less,” says Bonney. With an industry-wide shift to a value-based purchasing reimbursement model on the horizon, RecordsOne’s future seems to lie in predictive health tools. By accessing a patient’s longitudinal records, the solutions provider wants to accurately predict health trends, allowing for proactive care planning before patients become severely sick, through an alert system that reaches case managers via the platform’s dashboards and real-time functionality. “Our roadmap lies in developing advanced population health tools with predictive analytics, using dashboards and real time information to generate notifications for population health managers,” concludes Bonney. 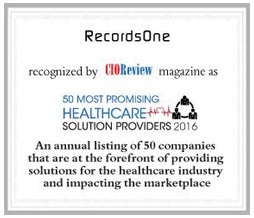 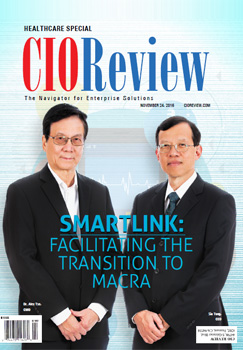