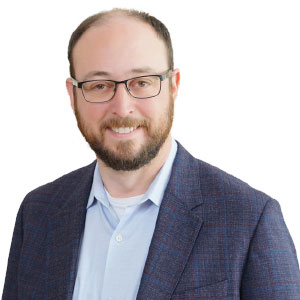 Stephen Gillotte, President & CEO
“We are defining the next generation of geospatial technologies that form the shared language that aligns military efforts in the multi-domain battlespace.” This bold statement comes from Stephen Gillotte, President and CEO of Reinventing Geospatial, Inc. (RGi). In today’s warfare, the defense industry requires modernization of military technologies; geospatial technology has proved to be an invaluable asset as the shared language providing actionable insights supporting military missions. The Army Futures Command (AFC), supported by their cross-functional teams, including Long-Range Precision Fires, Next Generation Combat Vehicle, Future Vertical Lift, Army Network, Air and Missile Defense, and Soldier Lethality, is positioned to provide, with the support of innovative small business defense technology consulting firms, future Soldiers with the concepts and capabilities needed to ensure over-match and over-dominance by our military. It is, therefore, crucial for defense technology companies to provide cutting-edge solutions that can operate in harsh, austere, and network-limited environments, while leveraging advancements made in the commercial space.

Given the AFC’s cross-functional teams have the express interest in Futures and Concepts, Combat Development, and Combat Systems, RGi has expanded its offerings to include Cyber Situational Awareness & Understanding, Assured Position, Navigation, & Timing (A-PNT) in austere/ hostile environments, and Artificial Intelligence (AI)/Machine Learning (ML) technologies. With solutions that are focused on enhancing the overall speed of military operations and improving the scalability of military infrastructure, RGi has solidified its place as the leading Command, Control, Communications, Computers, Cyber, and Intelligence (C5I) innovator and geospatial expert in National Security. RGi creates an immediate impact for the nation’s soldiers and analysts by revolutionizing the visualization, staging, optimization, and analysis of geospatial data, information, and intelligence, to establish a common situational understanding for military officials.

RGi’s key systems architects and engineers have spent the last two decades designing, developing, and fielding geospatial solutions designed to operate in the austere, network-limited environments of U.S. Army operations. During the journey, the company has broadened its scope of services to ensure that they align the Nation’s Intelligence Agencies with the tactical needs of the U.S. Army. RGi leverages its expertise to help position the military to maintain its over-dominance of near-peer adversaries. The company is also developing technologies that support the order of battle of the traditional land-sea-air battles while taking into consideration the asymmetrical capabilities required to address threats in the borderless cyberspace.

Steering ahead, RGi plans on its continued growth by investing heavily in exploring intelligence and operations in a multi-domain conflict against any near-peer adversary. The company aims to understand the principles of mapping cyberspace to include developing a Cyber Situational Awareness and Understanding for the commander. “We are developing techniques and algorithms leveraging ML to optimize data collection and analysis in support of human-machine teaming. We are also developing technologies to ensure that reliable Positioning, Navigation, and Timing (PNT) is present throughout our enterprise while operating in hostile environments,” states Gillotte.

Description
RGi is the leading Command, Control, Communications and Information (C3I) innovator and geospatial expert in National Security. The enterprise delivers an immediate impact for the U.S. soldiers and analysts by revolutionizing the visualization, staging, optimization and analysis of geospatial data, information and intelligence in order to establish common situational understanding for decision makers. Knowing that their efforts make the soldiers and analysts more effective, efficient and above all, safe, is all the fuel the enterprise needs to push itself to create good work 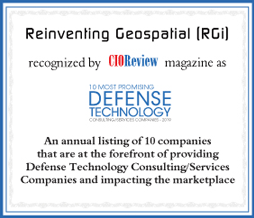 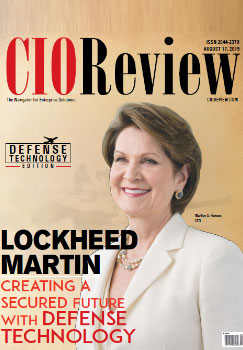