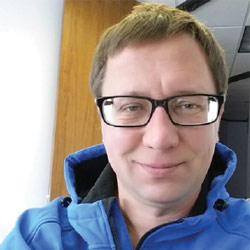 Vasilii Shelkov, CEO
The Oil and Gas industry has a variety of things that they would like to simulate. One is to build virtual models for their oil and gas reservoirs. Enabling oil and gas companies to derive their true potential with the use of HPC systems is Houston, Texas based Rock Flow Dynamics. “We are a software provider for Oil and Gas companies, allowing them to build forecasts or analysis models by taking advantage of the latest hardware and networking components which allow running parallel simulations faster,” notes Vasilii Shelkov, CEO of Rock Flow Dynamics.

The company is not a hardware provider but leverages Intel platforms and develops software to take advantage of modern high performance computing. “Standard hardware these days can have hundreds, even thousands of cores. But there is a lack of efficient software for the Oil and Gas industry which takes full advantage of this many cores. Apart from this, the price of a single core drops as we go forward in time,” explains Shelkov. “Basically, lots of old generation software is obsolete in terms of scalability. The oil and gas companies don’t own software that allows them to completely utilize thousands of cores, and that is exactly what we provide,” he adds.

Working along these lines, Rock Flow Dynamics introduced tNavigator. By taking advantage of the latest computing technologies like NUMA, Hyperthreading, MPI/SMP hybrids, the performance of tNavigator far exceeds the performance of any industry standard dynamic simulation tools. “We introduce tNavigator to the company workflow without disturbing their business processes,” remarks Shelkov. “The interface attached to the high performance engine is very intuitive, allowing companies to avoid spending much time in learning the new software.” Moreover, the pricing is designed to promote usage of multi-node/ multi-core hardware. “Our products are very technologically sound and cost effective,” adds Shelkov.
Rock Flow Dynamics has clients spanning multiple locations such as Russia, Middle East, Asia, Australia, Canada and the U.S. Shelkov acknowledges that a modern teleconferencing system and remote desktop capabilities has allowed them to connect quickly to their clients. “One of our clients from China wanted to run software at a remote location. There was a WebEx meeting setup with them, and within half an hour we were able to close the deal. They were able to run the simulation in that remote location in a very short period of time,” remarks Shelkov.

“Another example is a Houston based Oil and Gas Company which wanted to simulate a complicated shale well. Industry standard simulators could not run this model efficiently. It took literally weeks of CPU time to perform any task. We revamped the system using our software. Basically a two week run was reduced to few hours using tNavigator. It allowed them to switch from manual backend approximation calculations to real, full field simulations, where they could really simulate, optimize and try to get the best performance MPVs,” explains Shelkov.

Shelkov gives credit to modern technological advancements for their success. They are also working with Amazon and other cloud providers in order to bring the cloud to the Oil and Gas sector. “This is very challenging as companies are afraid of security and usability,” admits Shelkov. “The current network is not capable of delivering HPC on the cloud. The network available is 10 Gbps but we need 50-60 Gbps.” Working together with its partners, Rock Flow Dynamics will continue to go after major E&P companies worldwide and establish itself as a major market player across the globe. 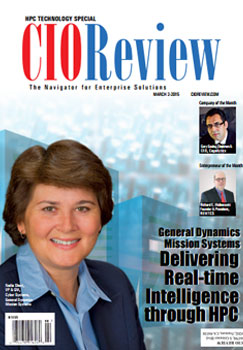