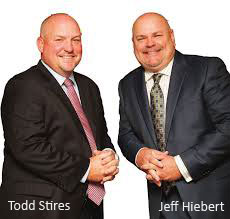 Jeff Hiebert, CEO, Todd Stires, President With the imminent and universal shift of IT processes to cloud computing, traditional Unified Communications (UC) is fast migrating from on-premise solutions to cloud offerings. According to a recent market research, Gartner positions Avaya as a niche player in bringing into effect UC portfolios, positioned with the flexibility to allow users to choose between cloud and premise-based deployments. "Most CIOs are looking to upgrade and virtualize their UC solutions and undoubtedly Avaya holds massive potential in delivering next generation business collaboration. However, a searing issue for CIOs in this scenario is to leverage cloud, while simplifying communications infrastructure,” opines Jeff Hiebert, CEO, ROI Networks. Working in unison with Avaya, ROI Networks streamlines business collaboration through a host of UC, Cloud, and networking solutions. Firmly believing in team and customer engagement, ROI Networks is very specific about their partners and go to market strategy. Owing to their customer centricity, the company has adopted the Avaya Networking portfolio, the Avaya IP Office, and added additional partnerships with VMWare, Oracle, and HP. “We have also ensued renewed expertise in data center networking and storage and virtualization that support on-premise or cloud solutions,” says Hiebert.

Although ROI Networks deeply values their relationship with Avaya, the fact that Avaya’s technology stack is traditionally built around certain applications to solve specific business needs cannot be belittled. To simplify the deployment, support, and management of Avaya solutions, ROI Networks partners with VMWare, and renders the ROI vPack—a purpose-built infrastructure to implement Avaya Aura and IP Office solutions. vPack bundles HP Servers, VMWare Virtualization, VMWare Virtual SAN (VSAN), and the Remote Intelligence Gateway (RIG) software to proactively monitor and manage solutions. Additionally, all the enterprise-class applications from Avaya, including IP Office, Voicemail Pro, and Contact Center Select can be virtualized and delivered on the Avaya appliance, the customer’s VMWare infrastructure, ROI’s vPack, or via the cloud. “This significantly reduces the number of physical servers and administration interfaces required to add and delete new users on the platform,” states Hiebert. For Avaya's Aura platform which is an enterprise collaboration software—UC and Contact Center solutions are delivered using the Avaya Virtualized Environment (VE) suite and the identical deployment options as the IP Office.

To enhance the entire Avaya IP Office and Aura suite of solutions, ROI Networks has made significant investments in their Customer Experience Lab (CEL)

"By focusing on the end user experience, rather than the underlying infrastructure and applications, each key stakeholder can determine a user's particular need to improve productivity and deliver more meaningful business outcomes,” explains Todd Stires, President, ROI Networks. Furthermore, to accelerate the deployment of UC and contact center solutions in private, public, or hybrid cloud environments, ROI Networks has made significant investments in Avaya’s Collaboration Pod that provide Contact center-as-a-service (CCaaS) and Unified communications-as-a-service (UCaaS) capabilities. Avaya Collaboration Pods deliver virtualized applications, computing, storage, and networking with all administrative and provisioning functions consolidated in a single orchestration system. “Avaya's integrated full-stack, ready-to-deploy solution drives uncompromised value for our clients, as it enables us to offer powerful UC solutions, regardless of whether they are looking for premise, cloud based or a hybrid combination of the models,” remarks Hiebert.

A Southern California based school district had an existing CS1000 PBX which is a Call Pilot Messaging solution that was supporting the schools throughout the district with Avaya Survivable Gateways. In order to upgrade the system, ROI Networks implemented the latest version of Avaya CS1000 or the 7.X release which is used as an access element in the network during a transition away from Time-Division Multiplexing (TDM) based telephony to IP-Based telephony. The core of the network consists of redundant Session Manager and Communication Manager Applications deployed on the customer’s VMWare infrastructure. ROI Networks then integrated the Call Pilot with Avaya’s Aura Messaging connected to the Session Manager SIP-Based core. “Once these solutions are deployed, we will be migrating each of the approximately 40 schools to the Aura Core and employing survivable G430 and G450 gateways along with IP-Based endpoints throughout the district,” reveals Hiebert. This solution will not only magnify the customers’ existing investments but impose a next-generation communications infrastructure throughout the district. Moreover, each and every application deployed onto the network can be universally shared by administration, faculty and staff to disseminate better communication and collaboration.

In another instance, a California based Dental Services Provider had two data centers located within 100 miles from each other because of which they could not scale the explosive growth of the company.
The client decided to upgrade and virtualize their Avaya UC and Contact Center to the latest R6 release and leverage VMWare virtualization and VMWare VSAN to reduce the number of servers required to support the enterprise. The company also wanted to migrate both data centers to co-location facilities for better revival in the event of a disaster or other undulating business situations. In solution ROI dispensed 16 Hyper-Converged vPack servers to support the 450 user VDI deployment as well as the new Avaya Core and Redundant Data Centers. ROI’s solution upgraded and virtualized the service provider’s existing infrastructure to include the entire Avaya VE, UC, and CC suite of applications. “This included Session Manager, System Manager, Communication Manager, Application Enablement Services, Experience Portal, Elite ACD, Call Management System, Avaya WFO, Aura Messaging and Proactive Outbound Management,” mentions Hiebert. Because the new solution could be deployed in parallel to the existing network, the downtime was minimal and the cutover reduced overall risks considerably. The solution is expected to reduce annual maintenance and support costs, enable explosive growth, and set the customer up for a more simple and manageable infrastructure.

"Avaya Collaboration Pods enables us to offer powerful UC solutions regardless of whether a client is looking for premise, cloud-based or hybrid cloud solutions"

Staying true to its name—ROI (Return on Investment)—the company's core goal is to reduce costs, drive productivity gains, and enable new sources of revenue, while maximizing earnings for clients. Now that ROI holds a strong footing in infrastructure, in the near future the company will continue to enhance their business tools and applications. Holding several concrete agendas for the road ahead, ROI Networks, in partnership with Evolution Capital Partners, intends to grow into a $50 million business over the next four years. The company plans on establishing the Master Managed Service Provider (MMSP), which will offer a comprehensive suite of solutions, professional services, and managed and cloud services to provide further competitive differentiation. ROI is also in the process of rolling out their networking lab with Avaya to demonstrate a standards-based fabric design from the Core, Top-of-Rack and Edge of the network. "Showcasing Avaya’s Fabric Connect, Shortest Path Bridging, Identity Engines, Controller less Wireless and Orchestration Tools will enable us to highlight the inherent value from the Avaya networking stack," ideates Todd Stires, President, ROI. ROI Networks’s next stage will be to deploy Avaya’s SDN Controller to demonstrate how automating solutions can reduce human configuration errors, and allow “edge-only” provisioning on new services across the network. “We believe that Avaya is innovating more rapidly than ever before and we envisage on re-defining the credentials of Avaya’s next-generation partner,” ends Hiebert. 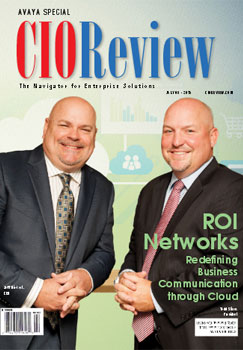