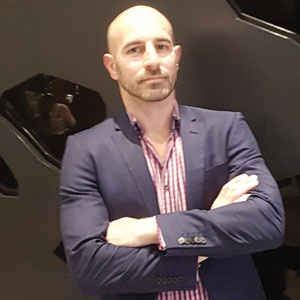 Con Nikolouzakis, Co-Founder
As technology giant Microsoft transforms the market with its cloud computing and business applications, users at times have to contend with the poor performance of applications caused by network congestion. As a matter of fact, a 50 percentage of Microsoft applications is susceptible to network related performance problems. Architecting a cutting-edge solution to address these problems is what Melbourne based company, Sinefa provides; real-time network traffic insights and ensuring the high-performance of Microsoft cloud applications by creating a Microsoft Freeway.

Con Nikolouzakis, co-founder of Sinefa clarifies that organizations utilizing Microsoft cloud applications become very dependent on a high-performance network. When the network is shared by other applications such as Facebook, and YouTube amongst others, they are competing for bandwidth and this causes network congestion. Against this backdrop, “Sinefa creates a fast lane for the critical applications on the network where we guarantee the high performance of Microsoft cloud applications even under congestion and turn the network into a Microsoft Freeway,” elucidates Nikolouzakis. Sinefa’s network traffic visibility and control solution consists of a cloud and an on-premise component to optimize the router and network infrastructure to provide real-time network traffic insights. The solution is deployed into the network layer, where it acts as an overlay on the networks. The solution works on any network irrespective of copper, fiber, physical, virtual or cloud— across the entire spectrum of networks and vendors.

Offered as a subscription model, the solution is the first in the world to provide live 1 second visibility, which enables network managers to see in real time the applications, operating systems, and websites being accessed by users across the entire network infrastructure. Upon gaining visibility, the slide bar next to each application can be set to the priority of high or low, which in turn sets the bandwidth capacity for each application and that creates the fast-lane. The specialty with Sinefa solution lies in its easy to use solution that does not require an expert to install.

“Our technology is not only applicable to Microsoft but to the entire stack of services in the cloud,” says Nikolouzakis.
Sinefa is offering their products to telecommunication service providers, digital service providers and enterprises amongst others to manage any type of cloud workload. In fact, the product’s layer 7 visibility enhances the relationship between the enterprises and their service providers by moving away from finger pointing to problem fixing mode as they have instant visibility to the problem at hand for a speedy resolution.

In an implementation highlight, the network manager of Wavin, a Europe based plastic pipe manufacturing company was informed of the challenges faced by their warehouse staff in downloading the job requirements. Right from the network manager to the user to the network provider, no one knew about the root cause of the problem. Within ten minutes of deploying the Sinefa solution, the problem was traced to heavy congestion of the network. The company was migrating to Office 365 with hundreds of users syncing at the same time. By enabling default traffic shaping policies in Sinefa, the truck loading times were again back to ten minutes from the earlier one-hour timeframe and the network manager ordered Sinefa to be deployed across their 100 site European-wide network.

With regard to future endeavors, Sinefa is collaborating with programmable and virtualized network vendors to provide real-time visibility and predictive insights by analyzing customers’ network traffic data. Sinefa’s product is available as a virtualized network function (VNF) on SD-WAN and network virtualization platforms such as unified customer premise equipment (uCPE). Elaborating on the company’s expansion plans, Nikolouzakis says, “We just opened an office in San Francisco to provide a strategic advantage to the US-based customers.” 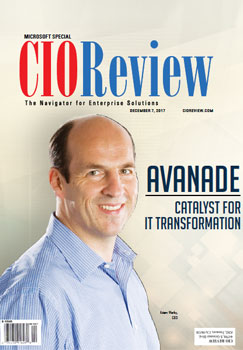