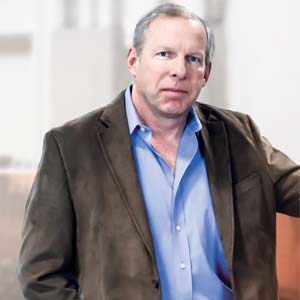 Steve Booher, Founder & CEO Nothing can substitute for substantive experience and expertise. This is a story about an entrepreneur’s long-term commitment to bringing better solutions to Ag-Tech customers.

Steve Booher’s is a serial entrepreneur who has launched and sold several ventures, including Productive Resources, Auburn Clutch, NetPage USA, and CAD Design Inc. He has received the prestigious Growth 100 award from the Johnson Center for Entrepreneurship and Innovation, part of Indiana University’s Kelly School of Business, an unprecedented 11 times for four different companies. Mr. Booher’s was selected as Ernst & Young’s Northern Indiana Entrepreneur of the Year in 2000. In 2007, 2008, and 2009, Productive Resources was recognized by Inc. Magazine as one of the “Fastest Growing Companies in America.”

Steve Booher launched Productive Resources in 2000, and quickly grew the firm by delivering exceptional engineering design and support services for clients including megacorps such as Lockheed Martin, Rolls-Royce, and John Deere. In 2012, Booher sold Productive Resources to Lionbridge Technologies and could have become a man of leisure.

Unable to relax, Steve Booher formed Smart Guided Systems the next year and set about bringing innovation to portions of the Ag market being ignored by other tech firms. The company’s first product was Autosteer for tractors used in horticulture and grounds maintenance. With an autosteer product at half the price of the competition, Smart Guided Systems was soon noticed by Kubota Tractor Corporation. Kubota selected Smart Guided Systems as one of only six alliance partners in the past 40 years. Working with Kubota and Kubota Dealers, Steve Booher has been able to offer the autosteer system for tractors working in everything from specialty crops (i.e. vineyards, blueberry) to wide area mowing such as on sod farms, airports, and military bases. Smart Guided Systems is now the exclusive autosteer solution for Kubota M6-141 to L3510 tractors.

Recognizing that these core technologies could help specialty growers in many areas, Smart Guided Systems began to expand into the broader Ag-Tech landscape by building advanced and affordable spray system controls.

With this move, Steve Booher saw he needed a team comfortable with the nimbleness and rapid growth spurts of a tech start-up, so he recruited seasoned executives who had worked with him before. Mike Hilligoss, CIO, has delivered award winning software at Steve’s previous high tech venture and Gary Vandenbark, President, not only knows Ag, he is Steve’s go to operations guy.

The LIDAR and research-based algorithms deliver unbelievable, award winning benefits that we are now able to bring to specialty growers everywhere

The Smart Apply boom system is a kit that provides individual nozzle control to boom sprayers. Using the system prevents gaps, overspray, and skips as chemicals are applied. The results are better coverage, no overspray burns, and minimal waste as the individual nozzles shut-off when outside the designated area. By saving users an average of 20 percent of their chemical budget, the system delivers a rapid payback while helping the users be better environmental stewards.

SiteOne, the nation’s largest supplier of wholesale goods for green industry professionals in the United States and Canada, saw how to use the Smart-Apply boom sprayer kit to help their customers–and grow SiteOne’s business. SiteOne signed an agreement to distribute the boom sprayer kit to the golf course market and created a special program to help customers reduce their chemical spend, minimize disruptive course maintenance time and improve the look of their golf courses. As a result, SiteOne is placing Smart Guided Systems’ boom sprayer kits at world renown golf courses such as Pinehurst.

Helping Growers and the Environment

Specialty crop farmers are using a 30-year old approach of airblast fans blowing air with droplets of chemicals everywhere to apply pesticides, herbicides, and foliar fertilizers. In 2009, recognizing the need for a better way, a team of researchers lead by the USDA-ARS ATRU in Ohio started the first grant with participation of Ohio State University, University of Kentucky, and Oregon State University to explore how to make spraying applications for nurseries and specialty crops more efficient. The research team quickly showed that much of the chemicals, sometimes more than 80 percent, end up on the ground, sprayed between plants, or drifting away.

With a second grant and the additional participation of Clemson University and Texas A&M University, the expanded research team was able to design and continuously improve an intelligent spray control system.

The system uses a LIDAR sensor to create a digital representation including height, width, spacing, and density of each plant or tree, which is then used to control each nozzle, spraying what is needed, where it is needed–and not anywhere else. This ensures the most efficient use of chemical material, providing significant savings, and as effective or better, crop protection compared to traditional spraying.

In 2018, they received the Innovator of the Year award from The Ohio State University College of Food, Agriculture, and Environmental Sciences for their work.

What the USDA needed, was a way to get the technology and proprietary algorithms they had developed into use by growers around the country. Steve Booher’s team stepped into this void. In late 2018, Smart Guided Systems signed an exclusive licensing agreement with the USDA Office of Technology Transfer to commercialize the Intelligent Spray Control System.

With the speed of an experienced team and continuing support by the USDA, Smart Guided Systems replaced hand built prototypes with a waterproof, ruggedized, user-friendly marketable version. Smart Guided Systems began selling a commercial Intelligent Spray Control System as a kit for most models of airblast sprayers in February of 2019. At the Florida Citrus Show launch, Steve Booher said, “USDA ARS and University researchers have put in many years of work to show how to reduce chemical usage to help the environment and to help specialty farmers be more successful. It is really gratifying to be bringing a commercial version to large number of growers.”

Specialty growers spend anywhere from $100 to over $1,000 per acre for chemicals. Using this system results in an average 60 percent reduction in chemical consumption, thus, many growers will find a payback in a year or less.

"Moreover, 47 published research papers have backed up the technology's promise of cost savings with the same or better crop protection compared to traditional spraying practices"

In true entrepreneurial style, Steve Booher is also enabling even more growers to test and adopt the system by offering the “System as a Service” where growers pay a low annual subscription for use of the kit and on demand support.

Steve Booher said, “We are beginning to see customers and dealers who get to know us for one of our Ag technologies but then want to add another. For example, orchards using the intelligent spray control system can also use the autosteer system. Sod farms with autosteer are now testing boom spraying systems.”

All of Smart Guided Systems technology solutions enable growers to cut down on the need for skilled (hard to find) workers and reduce chemical costs while driving a positive impact on the environment.

Smart Guided Systems sees huge opportunity in specialty crops—from vineyards, to pecan orchards, to citrus growers, to blueberry farms—that aren’t being serviced by the other Ag-Tech firms. Specialty farmers are looking for help managing and reducing labor-intensive activities, taking care of their land, and complying with government reporting. Even before the Intelligent Spray Control Kit was launched, leading growers were asking when Smart Guided Systems would offer another product that would use the LIDAR image to assess plant health and projected yields.

Smart Guided sees significant opportunity for all three product lines around the world as they continue to bring Ag-Tech to the high value specialty crops, and has already secured a partnership with an Australian dealer for Autosteer and the Intelligent Spray Control System. 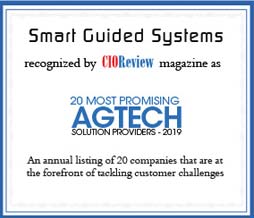 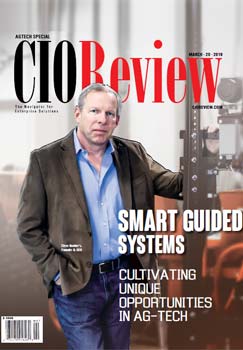