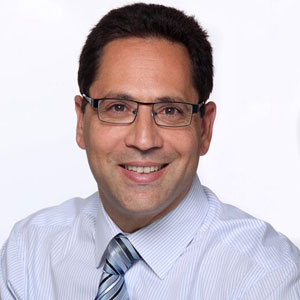 Dr. Atai Ziv, CEO
The idea of a “Smart City” is moderately new, and depicts an environment where every supporting facility, foundation, emergency service, and managerial component is joined in real time through a network system that works cohesively to reduce costs and resource consumption and to improve contact between citizens and government. Lately, there has been a lot of action in the city transportation space—reporting on traffic conditions, parking availability, and train schedules, with plenty of signage requirements. “Cities need to quickly collect and analyze data in order to provide its residents with accurate and up-to-date information,” says Dr. Atai Ziv, CEO, SolidRun. Established in 2010, SolidRun is a global leading developer and manufacturer of powerful energy-efficient System on Modules (SOMs) and mini computers that help cities to operate with the most recent and efficient solutions available in the market.

The company’s innovative, compact and embedded solutions are based on ARM processor architecture, and include comprehensive software packages, drivers, and support for major operating systems. The appeal of SolidRun’s SoM/carrier technology is its ready usability by application experts who need processing power, but do not want to be entangled in details surrounding the processor. “We have adopted both the Freescale iMX6 and the Marvell Armada platforms for our SoM,” adds Ziv. “The ability to quickly switch between single, dual, and quad cores provides outstanding flexibility for Smart City applications.” For example, when performing a pilot for aggregation of city traffic volume data, the user might discover the quad core to be unnecessary, and that a dual core is sufficient for the application’s needs. “The reason we are leading the roost is because we can easily downgrade and reduce price points for the technology rollouts,” explains Ziv.

On the other hand, SolidRun can also easily upgrade the SoM in order to support additional applications without requiring changes in the communications infrastructure. SolidRun’s SoMs offer small-footprint size and power consumption, making them easily deployable in wireless, battery-operated systems. “We also offer an environmentally-hardened module for outdoor use that operates under the harshest conditions, with an operating temperature range of -40 to +105 degrees Celsius,” asserts Ziv.

SolidRun assisted one of their customers in developing a SoM-based solution for estimating and communicating traffic volume. After a thorough research revealed that nearly 40 percent of the vehicles on the road today use Bluetooth or operate a WiFi hotspot, the client used the SoM-based sensors to identify networks and provide aggregated volume data. In another instance, a customer employed SolidRun’s SoM and Hummingboard IoT platform as a gateway that helped aggregate city illumination data from an array of sensors, allowing them to report on current lighting conditions, and optimize the use of street lamps and other illumination sources.

SolidRun is currently involved in the Google Lunar Xprize competition—a Google-sponsored initiative intended to land a privately-financed robotic vehicle on the moon. “Our SoM was selected by one of the competing teams to be the “brain” of its rover, providing the processing power to perform major functions such as mobility, image processing, and data communications,” explains Ziv.

Ziv, together with his team of experts, are now focused on integrated design and reducing power consumption to benefit customers with small form-factor and wireless IoT devices. The company is presently heavily involved in digital signage, agriculture, drone technology, and telecom projects, and is also experimenting in new verticals. The firm is also working with Marvell to reduce carrier network load, and developed LTE off load modules that channel mobile data over available WiFi networks. “SolidRun has also adopted unique routing technologies that serve as Fiber-to-the-Premises enablers. We want to continue providing our customers with the most innovative, competitively-priced solutions on the market,” concludes Ziv. 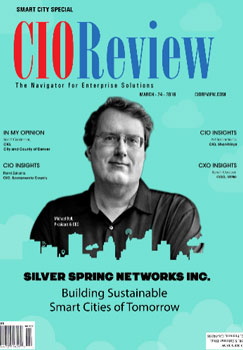