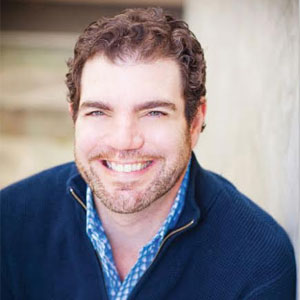 Ken Fuchs, CEO Numbers in sports were once mere points of reference in score cards and record books. At the surface level, those numerical, time bound facts and figures served as performance indicators; upon looking deeper they had more stories to tell. Today, sports data is crunched by analytics departments within every team or league for insights that are advanced to managers for personnel hiring or coaching to gain an edge on competitive training. Journalists and fans make more of the analytical results to predict outcomes and gain knowledge to augment the sheer excitement within sports or to immerse themselves in the digitally thriving world of fantasy sports. As a sports technology firm leveraging data capture to cater to a wide spectrum of functions ranging from team performance improvement, broadcast and digital solutions to fan engagement, STATS LLC is a front runner in the sports intelligence marathon.

“More than 800 teams, leagues and companies trust STATS to power their sports platforms due to the longstanding focus on the depth, quality and speed of our products,” says Ken Fuchs, CEO, STATS. For a company that spurred from a humble beginning in 1981 as non-profit Project Scoresheet, a volunteer network to collect baseball statistics, STATS has come a long way over a course of 36 years. STATS is trusted by millions of fans and athletes around the globe to analyze performance data from more than 100,000 games a year. The company’s standard service model is to license statistics and provide analysis from captured raw data to leagues worldwide. The STATS Data Feed offerings have the capability to scrutinize through all time frames across a sports event to providing predictive as well as actionable insights before, during and after the event.

Moving beyond facilitating the outflow of data insights, the STATS Digital Media Solutions are further fine-tuned for fan engagement. From an implementer’s perspective, STATS digital solutions can be woven around their advertisement objectives as well. The STATS Hosted Solution which is used by media firms such as the Washington Post and Fox Sports International to captivate viewers and visitors, is an offering that takes away hassles of building dedicated web pages from scratch, is mobile friendly and is capable of engaging global audience with its automated Live Widgets that can showcase headlines, scoreboards or player statistics.

We are trusted by millions of fans and athletes around the globe to analyze performance data from more than 100,000 games a year with unrivaled speed and accuracy

From being a mere in-house time pass activity for fans, fantasy sports have inflated itself to a whole new realm with several dedicated communities of its own in the digital realm. Thanks to the influx of data analytics and rapid internet penetration, fantasy sports have taken fan engagement to a whole new dimension. To be an integral player of the paradigm shift, the acquisition of data analytics specialist, Bloomberg Sports in 2014, enabled STATS to launch a new product that projects predictions for fantasy sports. Today, the company offers a full assortment of solutions for fantasy game operators be it data feeds to power their platform or to design, build and manage the game on their behalf.

Extending its solutions portfolio towards sports broadcast and news aggregators, STATS places at the disposal of their clients, robust editorial capabilities to provide in-depth sports content that can be carved out from the company’s historical databases or from quality inputs delivered by its research team. Stark images and info-graphics that stems from the company’s capture and analytic tools may as well be leveraged by sport publishers to make their content visually appealing.

STATS’ wide range of products and solutions pertaining to the spectator side of sports is a single side of the coin given the company’s offerings for improving athletic performance. The company has in its sleeve an elaborate suite of product offerings to enhance team performance pertaining to various sports including Football, American Football, Baseball, Ice Hockey and Rugby among others. From an athlete trainers viewpoint, the STATS SportsVU helps prevent injuries, makes better coaching decisions which in turn maximize player performances. Back in 2010 with the acquisition of an Israeli company called SportsVU, which repurposed its missile tracking technology for use in Sports by capturing the X/Y coordinates of all the players and references in a game, STATS was able to achieve innovative statistics within the context of the game.
STATS worked with Shell Qatar and its marketing partners to take the Koora (refers to soccer in Arabic) Time project from concept to delivery within three months. A challenging aspect of the project was that the SportsVU system had never been calibrated to cover 5-a-side pitches and that the event consisted of 77 matches conducted over a continuous eight-hour period. The project saw a wealth of unique tracking data and calorie information produced for hundreds of young Qatari football players. The approach and the insights generated were new to the players and proved crucial in engaging them with the health benefits of football as well as introducing them to the technologies that are used at the elite level of the sport.

Other key athlete performance centric product offerings of the company include STATS Gamelens which is a self-coding and video editing platform that enables users to deliver customized analysis and streamlined performance feedback to their teams while games are still ongoing; While STATS Gameplan is a learning application designed to support sharing of tactical and strategic information, STATS Portal is a global video library enabling analysts to support match preparation and scouting operations.

Notable acquisitions of STATS in the past include TVTI and Prozone Sports; while the former is leading provider of video technology for baseball and ice hockey, the latter is a pioneer of performance analysis in professional sports maintaining a database of 100,000 players in four continents. “STATS is at an inflection in our history, building on our U.S. leadership but also investing much more aggressively in new technologies and solutions for our partners and building a global business,” says Fuchs.

STATS has among its clientele, eight of the top 10 media companies in the world, sports leagues such as, Major League Baseball, 27 National Football League teams, Ligue de Football Professional, Serie A, Professional Golfers Association, and National Rugby League among others. Fuchs who previously served Yahoo as Head of Entertainment, Sports and Games joined STAS board as CEO in 2015 after receiving the baton from Gary Walrath who led the company twelve years. The company’s expansions towards markets beyond U.S. and acquisitions in the past are indicative of a strategic roadmap well executed. And with Fuchs in the helm, last year STATS, went through a top to bottom rebranding initiative to reinvent itself as an entity has tactically acquired the thrust to continue sprinting on a wider track. “The new identity includes a bold redesign of the company’s iconic logo and refined core principles and values for all STATS employees across the globe,” concludes Fuchs. 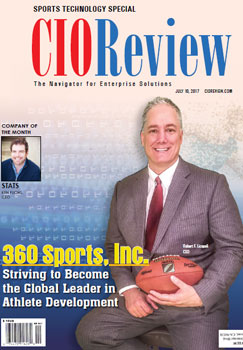