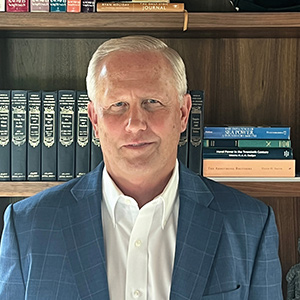 Before establishing TAS, Thompson served 26 years in the U.S. Navy. He spent a significant portion of his service as the commanding officer of TOPGUN, logging more than 6,500 flying hours during his tenure. After he retired, Thompson explored what a commercialized TOPGUN fighter weapons training-based company could achieve as the crux of his MBA project. It was the first step toward TAS. His vision was to introduce a safe, reliable, and easy-to-maintain fleet of third-generation Northrop F-5 aircraft, retrofitted with sophisticated sensors and emulators developed in house. It enables the adversary air support (AAS) to bypass funding restrictions and cope with the evolving training requirements of its fighter plane programs, combining performance and safety at a significantly reduced price.

“Tactical Air comprises subject matter experts who are proficient in weapons systems and tactics, and provide state-of-the-art training programs that are verified by the State Department and the Pentagon,” states Thompson, CEO of TAS.

TAS has more TOPGUN graduates than TOPGUN, along with astronauts and test pilots as instructors for advanced training routines. TAS writes aircraft and weapons operation manuals for all variants of the F/A-18 aircraft, continually renewing them with newer training modules and software updates. It also writes and updates manuals for all variants of Lockheed Martin’s F-35 across the Navy, Air Force, and the Marine Corps, with the help of its subject matter experts.

Innovations Driven by Safety and Accessibility

The company abides by its “differentiation through innovation” model in its technological development and innovation center that produces advanced capabilities to give TAS a competitive edge over market contemporaries. The center allows TAS to eliminate its clients’ reliance on third-party vendors for maintenance, repair, and overhaul (MRO) of aircraft and weapon systems. Take a radar warning receiver that indicates when a plane is being targeted by an enemy aircraft. When bought off-the-shelf from conventional weapons manufacturers, it costs about $800,000. TAS duplicated the warning system in-house for $65,000 per aircraft.

Backed by the capabilities of its technological development and innovation center, TAS has upgraded the radar and jamming capabilities of its third-generation F-5 fleet, making them safer than the Navy’s F-5s. This ability to augment legacy flight systems helped TAS win a U.S. Navy contract for the holistic upgrade of its fleet. The company is providing fourth-plus generation effects instead of actual capabilities by retrofitting the airplanes with fully integrated systems that mimic the advancements of modern fighter aircraft utilizing TAS’s internally developed open architecture system. Successes like this can be attributed to the reasonable price and extensive safety that it provides compared to older, repurposed flight systems.

Tactical Air comprises subject matter experts who are proficient in weapons systems and tactics, and provide state of-the-art training programs that are verified by the State Department and the Pentagon

Besides the innovation and augmentation of older flight systems, TAS also develops and tests new systems like the advanced infrared search and track systems it is currently developing with an industry partner. These systems are being designed for the USAF, with TAS performing the initial implementation and testing processes on its in-house fleet, accelerating the development of the military’s future aircraft while driving significant cost savings. Apart from these competencies, the company facilitates the seamless integration of emerging components into airplanes. TAS also helps weapon system developers assess their cutting-edge tools by allowing the military to run practical tests, which translates to the company’s ‘try before you fly’ methodology. This expert and technical competency-backed approach differentiates TAS from its government and private fighter aircraft training counterparts.

Driven by the quote “It’s not what we do, it’s how we do it,” Tactical Air’s current standard of excellence in day-to-day execution and debriefing culture is consistently high. Going forward, the company aims to regularly evaluate and assess its training curriculum and produce technologically advanced fighter aircraft fleets that provide cost-effective and efficient training of highly skilled pilots. 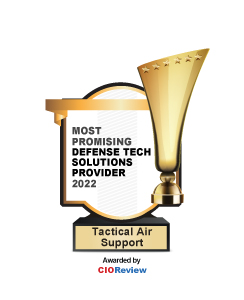 Description
Tactical Air Support provides government and industry customers the best value products and services. Instead of offering a single solution to meet a wide variety of training requirements, the company offers a more cost-effective approach to match the appropriate support capability to the training requirement. 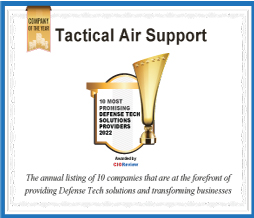 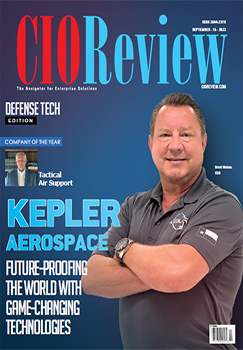