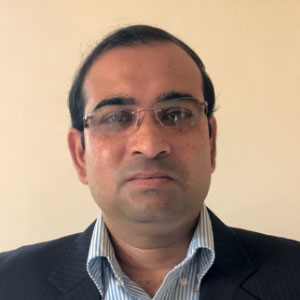 Pranit Shah, Co-Founder & CEO, Chief Research Scientist of TTPL
A US based major Oil and Gas Client had extensive data scattered over millions of physical documents, including drawings of parts, seismic graphs, and charts, and needed to classify content, analyse data and predict pattens based on historic data. The extensive nature of the information led an organization from the oil and gas sector to search for the right solution and automate the process of gathering metadata, reducing the total staff-hours spent on the pursuit of actionable insights. The search ended at TEERHUB TECHNOLOGY PRIVATE LIMITED (TTPL). With its team of experts, TTPL suggested a complete end-to-end solution that combined the digitization of documents by scanning, using Azure Computer Vision API’s for document classification and metadata extraction, while Azure Analytics was used to derive meaning from the generated data.

The implementation of TTPL’s Azure-based solution led to a reduction of the delay in data generation by 80 percent, while a significant reduction of 60 percent in gathering information was observed in the staff-hours required by the client. At the same time, the customer gained more in-depth insights into data sets using Azure Analytics, and the use of Azure AI predicted seismic activities that allowed clients to take proactive measures. This is merely one of the many success stories charted by TTPL.

TTPL has uniquely positioned itself in the arena to utilize Microsoft Azure Cloud in benefiting its clients. “We provide consulting services in the Microsoft Azure AI and Machine Learning space, and aid clients in handling cognitive services, computer vision, and face and machine learning APIs,” informs Pranit Shah, CEO of TTPL. “We are moving ahead of the curve with AI implementation in the Cloud and Intelligent Edge, through which smart devices interact.”

TTPL’s success must be attributed to its co-founder Pranit Gopaldas Shah. Pranit Gopaldas Shah has vast technical consulting background. Mr. Shah has been into critical roles putting him at the forefront of bleeding edge technology implementation for his clients.
Mr. Shah has published Research Papers in International journals and conferences to his credit, including “Computer Vision-based Hand Gesture Recognizition” published in IJCSE in 2019 and “Computer-Clusters for Solving Large Engineering Simulation Problems” presented at the Ansys National Conference in 2005. Mr. Shah has an extraordinary ability to lead critical roles and a distinguished vision to identify next-gen technological innovations ahead of curve.

Mr. Shah’s work has won him accolodates from several customers, including Eddie Pangaro, Associate Director of Otsuka Pharmaceutical, Princeton, NJ, USA, who said, “I don’t think there was a lot of visibility into this area so i'm excited to have you work with us providing more insights and clarity, and delivering high value to the business.”

The TTPL consultants utilize their combined experience of over 20 years providing technology solutions in various domains including automotive, banking, financial services, insurance, food and beverage, education, as well as healthcare. The company assists its clients with its detailed domain knowledge and consulting experience that allows it to identify pain-points, and the technical expertise to deliver appropriate solutions within the promised time.

TTPL believes in partnership as their key business strategy for expansion. Parteneringwith innovative companies leaving their mark in the industry. In addition, it leverages current client relationships and works toward building lifelong partnerships. The company aims to strengthen itself in healthcare, pharma, and automotive technology, seeks to develop a center of excellence to serve customers better. “Ultimately, we plan to introduce more products in the market by combining our domain expertise and technological excellence,” concludes Shah.

Description
TEERHUB TECHNOLOGY PRIVATE LIMITED (TTPL) specializes in Microsoft Azure, Artificial Intelligence, Computer Vision, Data Analytics,Business Consulting and Managed Services. The TTPL consultants utilize their combined experience of over 20 years providing technology solutions in various domains, including automotive, banking, financial services, insurance, food and beverage, education, as well as healthcare. The company assists its clients with its detailed domain knowledge and consulting experience that allows it to identify pain-points, and the technical expertise to deliver appropriate solutions within the promised time. Additionally, the Best Practices playbook has become an invaluable part of TTPL’s approach to providing solutions for its clients. The organization’s center of excellence is used to share and store experiences on consulting services 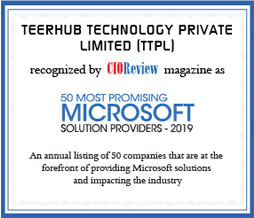 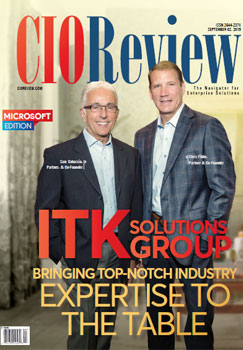