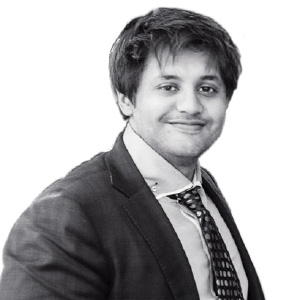 Varun Ganapathi, CEO and Co-Founder
Accelerating engineering operations is a pressing priority for today’s CIO. The cloud provides flexibility, but enterprises remain limited in their ability to quickly access, share, and manage cloud resources. Terminal’s technology removes the infrastructure barriers separating software development teams, providing a collaborative computing environment, in the browser. Their software creates a private cloud on top of a company’s virtual or physical servers, allowing engineers to develop apps better, share computing environments, and collaborate down to the command line.

“Generally, companies with large datasets must either develop code against stale or sandboxed data, or wait for cloned copies to become available. There’s also no easy way to use the same cloud instances across teams,” says Varun Ganapathi, CEO and Co-Founder of CloudLabs, Inc., which operates Terminal.com. With Terminal, organizations can instantly and efficiently create a copy of their production dataset, and test code changes against this copy. The entire computing environment is cloud-based too, so teams can share access via a URL. Meanwhile, mission-critical production data remains safe, allowing developers to work faster, without breaking things.

Terminal’s technology creates a uniform abstraction layer that can be shared between the public and private cloud, solving a key infrastructure problem. “We are among the pioneers of containerization, creating essentially a cloud of containers and providing access to our users through the browser,” adds Ganapathi. “We also offer a super-fast storage system that lets users take a point-in-time snapshot and launch a copy of any container, in seconds, on any server in their data center.”

Terminal offers several applications of its virtual server solutions. DataNexus lets teams develop against realistic data without putting their production dataset at risk, solving a primary cause of bugs. It automatically syncs datasets across networks, efficiently storing copies that can be started instantly, letting developers work in a realistic production-like environment.

Users can also access Terminal’s solutions via its WebTerminal and ContainerCloud products. WebTerminal is a free web app that makes any computing environment collaborative, with document editing and text and video chat. “WebTerminal is like Google Docs for your servers,” says Ganapathi. Whether working remotely or conducting a coding interview, WebTerminal helps teams work better together.

Finally, users can get started with Terminal today via its public ContainerCloud, accessible through its website. ContainerCloud can be deployed onto a public or private cloud, local laptop, or corporate datacenter, allowing anyone from individual users to enterprises to access its benefits. ContainerCloud turns any networked group of servers into a cohesive whole.

Terminal’s eventual path? Machine learning and artificial intelligence, says Ganapathi, who received his machine learning PhD from Stanford University. “To apply machine learning and A.I. effectively, you need a platform to run on, and an easy way to collaborate on questions. Our software can help data scientists and engineers work together to retrieve precise information out of vast datasets.”

Terminal differentiates itself by remaining obsessed with speed, ease-of-use, and expert customer support, and strives to solve barriers preventing teams from focusing on their product. Terminal unifies the development cycle, accelerating a product’s time to launch and helping teams work together more efficiently.

Description
A converged infrastructure platform allowing users to clone databases and share computing environments, instantly and in the browser. 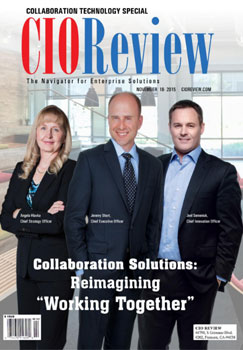