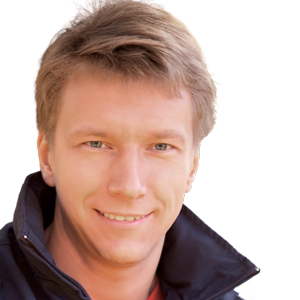 Artem Golubev, CEO Since the early days of the software business, incorporating testing and quality assurance (QA) into the initial stages of the development life cycle has been the simplest and most cost-effective strategy to ensure faster release cycles, shorter time-to-market, and high-quality products. That said, the relevance of software testing and QA has grown in recent years beyond simple product performance reviews and issue repair, owing to the frequency of software releases that have been exponentially increasing every year.

Automation (even partial) has helped significantly relieve the pressure by enabling more efficient testing and QA processes as application iterations roll out daily. However, QA engineers, although they use automated testing tools, still rely on legacy tools such as Selenium/Appium to generate automated test scenarios. Furthermore, in the industry today, companies can, on average, automate only 30 percent of the test cases because all of their resources are completely bogged down in coding-based details and test maintenance.

To this end, testRigor, a codeless test automation tool, is enabling companies to empower manual testers to build test automation via executable specifications using plain English in measurably faster times, and significantly reduce maintenance efforts. Unlike most other no-code test automation tools available on the market, all tests done with testRigor are created entirely from an end user’s perspective.

testRigor is available as SaaS and on-premise versions. Most testRigor customers achieve 100% test automation coverage within a year of deployment. It can easily be applied for cross-platform end-to-end automated testing for web, mobile, API, Salesforce, ServiceNow, Microsoft Dynamics, SAP, and many other third-party systems.

Using testRigor’s executable specification engine, companies can scale QA by redeploying engineers to build new tests rather than spend time maintaining them. The company’s AI-powered system dramatically reduces test maintenance to a bare minimum by emulating how a human would execute a test case based on the same specification.
Furthermore, testRigor’s AI and machine learning algorithms provide different types of aid to perform various additional validations. OCR and visual testing are some examples, allowing teams to track even the slightest changes within the application. testRigor will also detect if a page looks broken to an end-user or if the images do not load - which is not the typical functionality to expect from a functional testing tool. 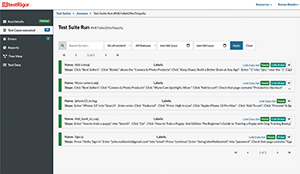 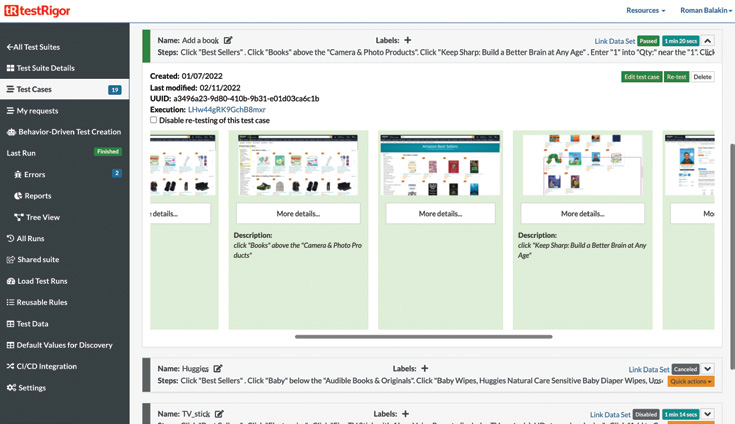 “We are not dependent on XPath or any other locators. Instead, our AI is trained to emulate the way a manual tester would execute a test”, elaborates Golubev.

testRigor’s system emulates the same behavior on the view page as a human would by interacting only with visible elements (with some exceptions) on the screen or page. This approach means that its system can uniquely figure out UI framework changes and extract visible elements like texts, inputs, and buttons/links to run thousands of tests multiple times a day without a single failure. As tests are abstract from implementation details, it becomes possible to convert existing manual tests into automated ones - by defining internal verbiage as reusable rules within testRigor.

A testament to the efficacy of testRigor’s Solutions is its clientele of reputable companies. One such example is IDT, a Fortune 1000 telecommunications company partnered with testRigor to create test cases more efficiently and achieve the goal of 90 percent of test coverage. The client spent 32 man-years of QA engineering building automated tests, but its QA automation team was predominantly occupied with test maintenance of older tests and could not surpass a lowtest coverage of only 34 percent. IDT sought a cost-effective automation tool to work across various platforms, increase test coverage, and eliminate recurring bugs.

By switching to testRigor, they converted their Selenium tests and manual test scripts to stable, easy to edit and upgrade plain English tests. The company eliminated low-value tedious manual tasks and enabled their QA engineers to focus on accelerating their test coverage.
IDT went from 34% to 91% test automation coverage in just nine months. Thanks to testRigor, IDT was able to enhance their team’s collaboration and speed up releases. Their manual QAs are still performing their day-to-day duties, while also creating twice as many automated tests as QA engineers previously were.

Over the years, the rising expectations for a frictionless software experience for end-users have forced businesses to adapt and develop more sophisticated customer-centric solutions. The software has become much more complex in the past decade, and the need for frequent releases is as high as ever. More companies employ DevOps best practices and build continuous integration pipelines to satisfy the fast shipping and targeted quality goals. QA teams are among the ones to drastically shift the way they operate - as they need to adopt continuous testing to accommodate tight release schedules.

“Every new feature we develop comes directly as requests from our customers. In addition to making our customers happier, we believe this approach also allows us to build a system that makes sense in the long run,” states golubev”

Test automation is the critical piece in this mechanism, and tests must be extremely reliable - otherwise, test failures would be a constant blocker for the entire team. The testing pyramid suggests that among all different types of testing, system tests have to be on top, covering entire user flows. Unit and integration tests play their respective roles, but system tests are the only type that can give a complete perspective of the application as a whole. And with legacy tools being both unreliable and requiring in-depth technical knowledge, it is not surprising that so many companies aren’t able to have the testing coverage they aim for. 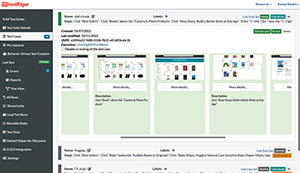 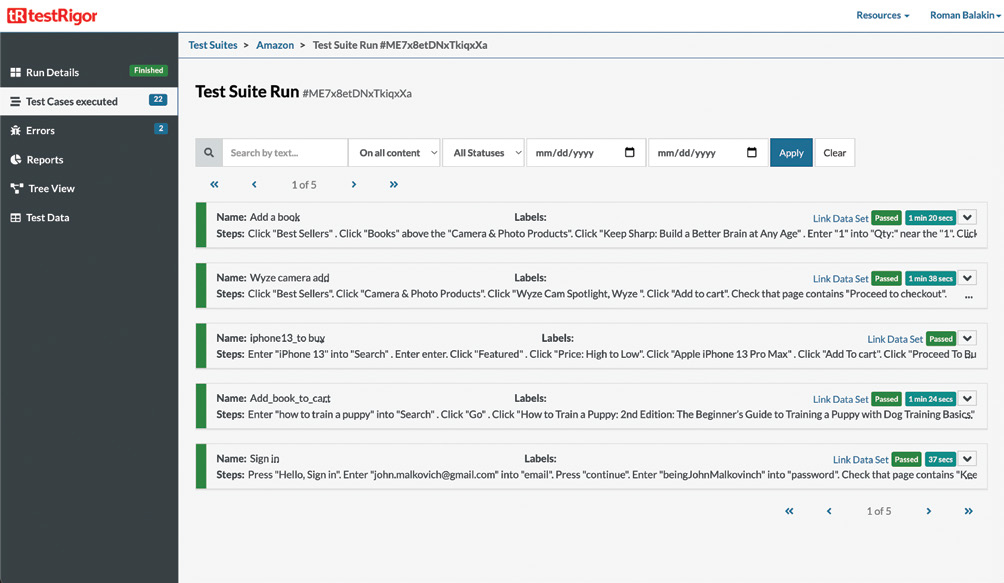 Working as a software engineer in a B2B enterprise, Golubev, raised this very point; there was an evident need for a paradigm shift in functional testing. Established in 2015, testRigor not only offered a web testing tool but a powerhouse capable of testing APIs, mobile browsers, and mobile applications. Despite being introduced only a few years ago, testRigor has already gained significant traction, with over 100+ million tests running on the platform.

“Every new feature we develop comes directly as requests from our customers. In addition to making our customers happier, we believe this approach also allows us to build a system that makes sense in the long run,” states Golubev. Moving forward, testRigor has plans to roll out several new features for its customers. The company is currently developing its load testing models to help identify the bottlenecks in the system under heavy user stress scenarios before they happen in a production environment. Another functionality in the development pipeline is desktop testing, which testRigor is planning to launch soon. Having native desktop applications test coverage would mean that any company can cover their end-to-end user flows across all platforms with testRigor. 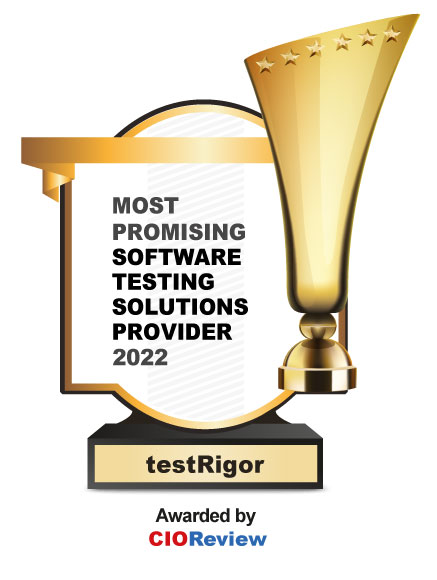 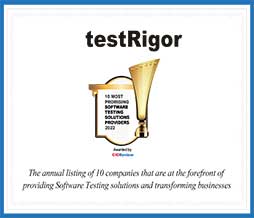 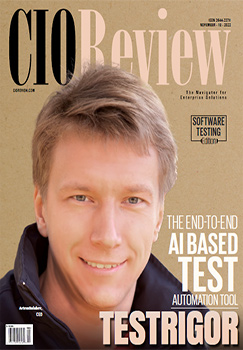