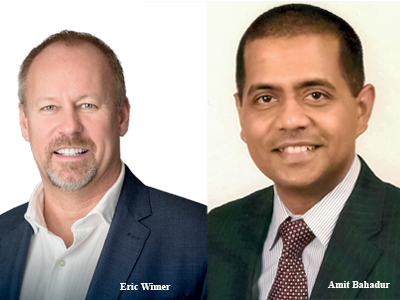 Organizations need to reimagine their IT infrastructure and operating philosophies to drive innovation, create new opportunities, and future-proof their success. As such, for most businesses, migration to the cloud is no longer an option but a necessity. However, cloud transformation still proves to be pressure-packed situations for the CIOs of both public and private enterprises. DC Health, a public sector entity under the administration of the District of Columbia, came under the silhouette of several hardships in their attempt to migrate to the cloud. They were on a drive to transform as a data-driven organization; a campaign, which its CIO, Anderson Andrews described as a modernization project. The agency wanted to revamp their legacy IT systems by taking a practical approach from a feasibility standpoint.

"The Oracle GovCloud is fast, secure and stable and allows us to build a unified data layer across our agency"

“We required a service-oriented model that offers stability, disaster recovery, and increases the bar of our infrastructure, which would ultimately enhance our performance,” says Andrews. The agency’s IT transformation goal to utilize the best-of-breed cloud technology paved the way for a strategic partnership with Tharseo. “With our fail-fast methodology, we enabled DC Health to migrate to Oracle’s next-gen cloud platforms successfully,” says Eric Wimer, CEO of Tharseo IT.

In light of his experience, Wimer mentions that only less than 10 percent of public sector enterprise systems have migrated to any cloud platforms, including Amazon, Azure, Google, Alibaba, Oracle, and IBM. A primary reason for organizations’ hesitance toward cloud migration stems from complexities pertaining to regulatory compliance. To this end, Tharseo encourages government agencies to migrate to the Oracle cloud, which is expected to be fully FedRAMP compliant any day. In the case of DC Health, moving their legacy WIC & Immunization applications into the Oracle cloud was a strenuous task considering the security risks associated with migrating older applications. The applications were not compatible with newer security technologies such as web application firewalls.

Looking deeper into the challenges faced by DC Health, their application was accessible only from their “building’s data center,” and multiple, non-cohesive, and isolated networks made their environments unstable for application developers to work towards performance enhancement. Additionally, the hands of database team were tied due to the lack of the “right” resources for cloud migration. Identifying this, Tharseo adopted a fail-fast methodology at the beginning of the project, which included four areas of focus in which they quickly identified and mitigated points of failure:

• On-Premise System Access - The firm gained access to the agency’s crucial information, including the admin passwords in the database. Even though the company had put themselves under risk of failing by changing the passwords, doing this early would allow the team to recover should something happen.

• Provision a secure network that cuts across multiple agency networks - they governed the agency’s isolated networks to ensure that priorities and concerns of the networks were covered in the beginning of the project.

• Build DB migration path to minimize downtime for go-live - This was followed by the establishment of an integration path from on-premise to cloud. By strategically overcoming the “regular” hurdles, Tharseo made the migration easier and quicker.

A result-driven approach backed by Tharseo’s expertise in cloud migration enabled DC Health to migrate their systems to Oracle cloud in an agile fashion.

With our fail-fast methodology, we enabled DC Health to migrate to Oracle’s next-gen cloud platforms successfully and quickly

The company also enhanced the agency’s networks and made some extra configurations to upgrade database resources. “We had taken our client’s applications into Oracle Cloud Infrastructure Classic GovCloud (OCI-C) and then to OCI “GEN 2,” adds Wimer. With this migration, DC Health stabilized their applications and was thus able to focus their resources on upgrades and innovation. From the beginning, DC Health was open to new ideas and technical concepts that were not possible with the on-Premise systems. From a cloud architect’s perspective, this was not only fun but also ultimately allowed the success of the migration into the OCI GovCloud. On top of that, moving to the Oracle GovCloud proved to save DC Health roughly 40% in infrastructure costs and 50% in development costs as the Oracle GovCloud is simply the most efficient environment for their WIC & Immunization systems. 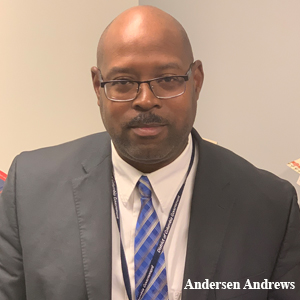 Andrews mentions that the partnership with Tharseo was a peerless decision, and the reformation in DC Health’s operations epitomizes the same. The firm allowed the agency to set a baseline for how they want to use the technology to serve their customers. According to that, Tharseo gave the agency 24/7 access to data from anywhere, high level of reliability, and enhanced the potential of infrastructure. Post collaboration, there was a massive change in the interaction between various departments within DC Health, which helped in integrating the IT team as a whole. Evidently, cloud implementation bridged the gap between multiple systems within the agency.

Engagement with Tharseo had evolved as a game-changer in DC Health’s internal operations and business transactions. The outstanding outcome from the initial collaboration to lift and shift DC Health’s systems into the cloud platform led to the further growth of the partnership. DC Health wanted to expand the cloud migration to other dimensions, use Oracle cloud to an autonomous data warehouse, and integrate blockchain for encryption.

By building an exemplary partnership with DC Health, Tharseo was able to leverage their potential to embed themselves as part of their clients’ team and steer organizations in the cloud migration journey. Tharseo’s ability to get to the core of issues, and successfully mitigate them is not only a testament to the prowess of their services, but is also indicative of the client’s openness toward the strategic partnership. “As DC Health had a clear vision of what they wanted to achieve, we were able to uncover how they quantify ‘the definition of success’ and work together to gain the exceptional value proposition of Oracle cloud systems,” says Wimer.

The engagement with DC Health well exemplifies Tharseo’s value proposition and their potential to manage challenging situations. It helped Tharseo to keenly identify and uncover the pain points associated with enterprises’ cloud transformation. Established to assist CIOs in their enterprises’ journey from on-premise systems to cloud, Tharseo IT, as a pure-play cloud company, specializes in Oracle SaaS, PaaS, and IaaS products. Backed by significant experience and industry expertise of the management and technical team, the firm deploys Public Sector Agencys’ on-premise applications and databases into Oracle’s cloud offerings. “We have two Oracle-certified cloud architects and are Public & Private Sector Certified Oracle Cloud Excellence Implementer (CEI),” prides Wimer. Recognizing Tharseo’s result-driven, propitious approach, several organizations from both public and private sectors continue to collaborate with the company for seamless cloud migration of their mission-critical applications.

Description
Tharseo IT is a “pure play” Oracle Cloud company specializing in assisting Federal, State & Local agencies move workflows, applications and data to the Oracle cloud. We have in-house expertise in the entire Oracle infrastructure stack including Application developers, IAM, SOA, Weblogic, and DB. Tharseo IT will analyze existing systems or applications, determine the best migration strategy, then pair existing agency resources with our Oracle cloud certified architects to quickly and efficiently migrate portions of a system or entire enterprise systems to the Oracle cloud. Tharseo IT also provides Oracle cloud operations and maintenance support to ensure long term stability and viability 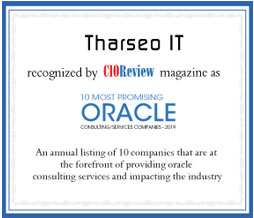 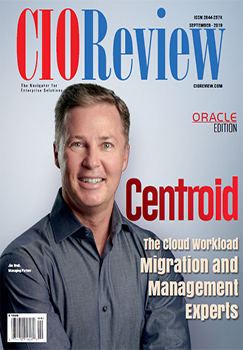