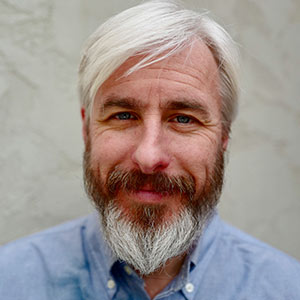 Darren Johnston, CEO
On the surface of the L.A Reservoir floats almost 96,000,000’ shade balls’ half-filled with water. The primary purpose was to save 300 million gallons of water from evaporating and avoiding algae reproduction. However, some studies came out saying that the feat ends up using more water than it saves.

Two companies have come together to provide an alternative solution to problems similar to those plaguing the L.A Reservoir, with a product known as the Totora FPV.

“Hazelett Marine’s turnkey product Totora FPV can actually generate the energy needed for your plan, as well as keep the rates of evaporation at a minimum,” says Darren Johnston, CEO of Hazelett Marine, a company with expertise in conservation-based elastic mooring systems for docks and navigation buoys. The company is also the largest manufacturer of the same in North America with global installations.

In addition to water conservation, the floating solar product harnesses solar energy, providing further financial and environmental benefits. The company has partnered with Kyoraku Co., a pioneer in manufacturing plastics, to optimize its product. “Hazelett Marine has the expertise in mooring structures to keep solar structures from floating away, and Kyoraku is an expert in providing the floats and structures that are working above the water,” says Yuichi Ueno, Kyoraku’s Product Manager for Totora FPV.

The mooring structures use the Hazelett Elastic Rodes, the company’s flagship product resistant to biofouling, abrasion, and U.V radiation. The elastics are distributed to absorb energy and reduce peak forces by 2-10x compared with static mooring solutions. This relieves the pressure on the anchors too, thereby improving agility and its endurance. Hazelett Elastic Rodes are environment friendly, as they avoid killing sensitive eelgrass and coral reefs during tidal changes. The tech is helping to fulfill more demands as harbors worldwide are prohibiting the usage of chain-based moorings.

Johnston explained a case where the farms of Napa valley take water from a river via a retention pond to run it into their fields but are losing almost 20 percent of the water due to evaporation. With Totora FPV, evaporation was minimal, and at the same time, the floating solar helped one run equipment and machinery using the power generated.

How did it happen?

A Vermont- based industrialist Bill Hazelett observed the stresses and motions of vessels anchored in the extreme weather conditions during the 1938 New England Hurricane and 1985’s Hurricane Gloria. He developed an elastic mooring system to reduce point loads on deck hardware while eliminating the jerks as the chain gets taut. This keeps the vessels pointed straight into the wind. This was the seed that laid the foundation of Hazelett Marine 35 years ago.

Hazelett Marine has got expertise in mooring structures to keep solar structures from floating away, and Kyoraku is an expert in providing the floats and everything that’s above the water

Applying the tech and tuning the existing solar panels can be converted into the floating solar. In addition to saving water and generating energy, there are other advantages to it.

The tuned solar panels help free up vast stretches of land usually used for solar power generation and save the costs associated with land purchase, maintenance, and insurance against flooding.

As of now, the world obtains only 1 percent of its power requirements from solar. Estimates say that in the next 30 years, this percentage will spike to a whopping 27 percent and is set to become a most valuable energy source, added to which, it reduces carbon emissions by 6 billion tons per year. Once this trend shoots up, land-based solar farms’ problems will set in, and simultaneously, the demand for floating solar will rise. At the end of August 2020, 350 FPV installations have been installed in 35 countries having a cumulative capacity of 2.6GW. Although still considered a niched, FPV is projected to experience an average growth rate of above 20% in the coming 5 years.

Water municipalities in the U.S are ready to use this product. However, developers are used to land-based solar while not being experienced with floating versions. Hazelett Marine is prepared to start the trend of floating solar as soon as the pandemic situation eases.

This turnkey floating solar has been in several exhibitions in the past, and its presence in the future seems to be assertive. The company’s upcoming turnkey product Totora FPV is expected to start its full-scale manufacturing by 2021, and its ability to transform conventional solar panels looks promising. 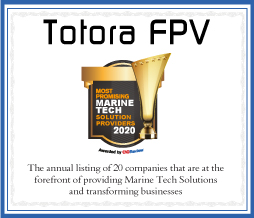 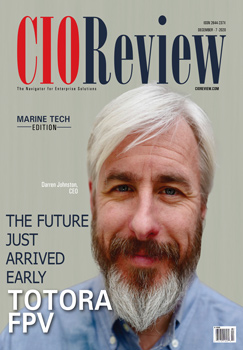