It has been three years since the signing of the United Nations’ Paris Agreement, which obligated more than 200 countries to limit global warming “well below two degrees Celsius.” Since then, concerns about climate change have grown in both intensity and scope, placing a stringent eye on the role of companies in generating greenhouse gas (GHG) emissions. With the production and consumption of oil and natural gas products accounting for more than 40 percent of global GHG emissions, oil and gas (O&G) companies are now confronted with mounting pressure for change. The pressing question therefore arises: “In a continually warming world, how can O&G companies navigate their way toward a sustainable future?”

Bringing the revolutionary concept of natural-gas powered electric fracking fleet called Clean Fleet, Texas-based U.S. Well Services [NASDAQ: USWS] is able to find a fitting answer to the global issue. The unique technology makes use of the excess natural gas from a drilling site to power the hydraulic fracturing equipment. This has resulted in reducing the hazardous emissions of carbon monoxide and nitrogen oxides (NO and NO2) to near-zero levels. That being said, not only is this product eco-friendly but also equally cost-efficient. Companies already employing Clean Fleet have reported a stark cut down in their fuel expenses, to the tune of $1 million a month.

Alongside Clean Fleet, USWS has also developed a technology called FRAC MD to understand the effectiveness of any fracturing equipment. By leveraging predictive maintenance to analyze the real-time data collected during fracturing, FRAC MD reduces the non-productive time of an oil-drilling operation.

Coupled with that, the insights also help oil and gas companies increase safe stages per day by mitigating premature failures of their well stimulation equipment. “With FRAC MD, our goal is to make the energy companies more proactive in the maintenance of fracturing machinery,” explains Oehring.

While a number of aspects including robust workplace culture and a strong leadership team act as key differentiators for USWS, it is the company’s eye for customer-centricity that sets it apart in oil and gas landscape. USWS goes the extra mile to ensure that its fracturing services deliver the right outcome to clients. In light of this, USWS has created a program called LEAN360, which incorporates lean operating principles into a mobile hydraulic fracturing service environment. “Through this program, we aim to help organizations promote efficient working environment while also ensuring the safety of the oilfield workers,” states Oehring.

Presently, several oil and gas companies in Texas, Ohio, West Virginia, and Pennsylvania are riding on USWS’ hydraulic fracturing services coattails to enhance their oil production. Going forward, in a contract with Shell, one of the six oil and gas ‘supermajors’ in the world, USWS plans on rolling out a more advanced electric fracturing fleet. With oil and gas companies striving to go green, USWS leads from the front to bring about a transformational change in the way oil wells are drilled. 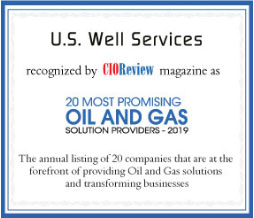 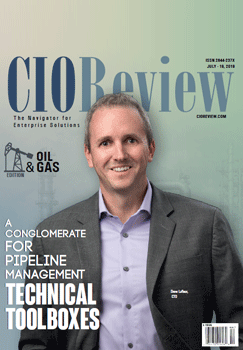