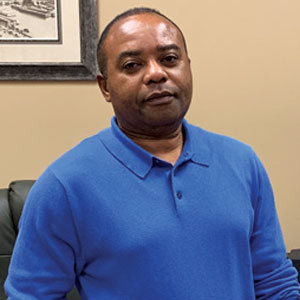 Ukay Ajike, President
UDM Systems is a global company offering high-performance wafer dicing, surface cleaning, and lubricating solutions for semiconductor, solar, optoelectronics, and several other industries. The company’s humble beginnings started in a garage in North Carolina. Ukay Ajike, the president of UDM Systems, was first struck with the idea to start a company while he worked for Lucent Technologies. He began conceptualizing ways to overcome the impediments in device manufacturing. Lucent fell apart, but that did not deter Ajike. He strived to develop techniques to make better cleaning and lubricating products with higher yields. After moving to North Carolina to work for LED manufacturer Cree, he continued his research in his garage. His research was heavily based on creating an eco-friendly solution that would be beneficial for the environment, as well as the end user.

Ajike got his big break when an engineer from Texas Instruments (TI) called asking him to provide input regarding an issue they faced.

“Since my company was yet to be up and running, I worked out of my garage, formulated some sample products, and sent them for trial,” points Ajike. Upon testing the samples, TI invited Ajike to their plant outside the U.S. where he met with a team of engineers and answered their queries pertaining to the product. The results that Ajike’s productassured were significantly better than any of the products that TI had previously used. “I applied every ounce of knowledge gained from my past experience of fabricating pump lasers for fiber optics in developing the product for the issue TI faced,” elaborates Ajike. The effectiveness of this solution resulted in TI placing an order along with asking Ajike to develop another product for them.

This marked the beginning of Ajike’s journey as an entrepreneur and led to the establishment of UDM Systems—a company that has snowballed into a multi-million dollar company over the years. With a reputation of working for large organizations like TI and TSMC right from the beginning, clients approached UDM Systems on their own. “TI has been our client for 12 years now, and we have expanded largely based on word of mouth,” remarks Ajike. UDM Systems focuses mainly on CMOS, MEMS, and SENSOR applications, assisting our clients and customers to fabricate CMOS & image sensor devices as well as sensors for smartphones, automobiles, and host of other applications.
UDM Systems’ products include fluid dispensing systems and dicing lubricants that enhance the die-separation process to maximize yields and increase profitability. In addition, the materials and chemicals that UDM Systems uses minimize the galvanic corrosion of metals in a device. The quality and consistent performance of the company’s products coupled with an ability to keep corrosion at bay is what sets UDS Systems apart from its competitors. “We develop better products continually, replacing old products with new ones and also provide customization options based on the clients’ requirements,” adds Ajike. UDM Systems is one of the only companies that make a water-based, eco-friendly fluid and the company is dedicated to continual improvement. In 2016, UDM Systems received its ISO 9001:2015 certificate, an internationally recognized standard on providing quality products and service.

UDM Systems is also making inroads into the solar industry, offering all-inclusive products for slicing solar ingots. These products include water-based lubricants and cleaners that allow the use of thinner wire to slice thinner wafers, thus providing higher yields. “The dilution ratio of products is much higher than our competitors in the market, which reduces costs significantly,” states Ajike. With an extraordinary dilution ratio of 1:1200, UDM Systems looks forward to growing rapidly in the solar segment. Furthermore, with semiconductors being extensively manufactured outside the U.S.—predominantly in Asia and southern part of Europe—the company considers expanding across Asia in the future. “At the same time, we plan to invest more time and resources in research with regard to manufacturing of chemicals in the U.S.,” concludes Ajike. 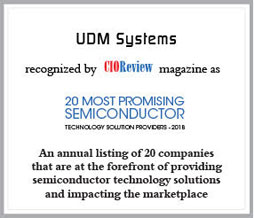 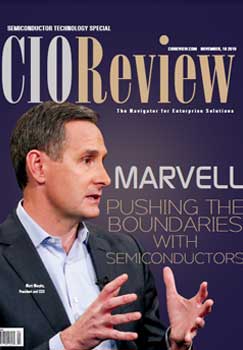