Andrew Ireland, CTO
With IT environments now predominantly virtualized, businesses are looking for new opportunities to maximize the return on their IT investments; cloud based computing offers one such opportunity. Identifying what should be moved and managing the hybrid environment this creates, drives the need for focused real-time data that eliminates the additional complexity created while at the same time driving increased returns.

CIO’s face a multitude of requests for data related to software and other compliance reporting requirements, which are cumbersome, time consuming, and ultimately expensive, especially when relying on rigid on-premise solutions. CIOs are in pursuit of capable EAM solutions that incorporate the basic principles of auditing to extract comprehensive and accurate data, while utilizing secure, flexible and extensible cloud infrastructure, and ultimately, allowing them to focus back on strategic priorities. Unified Logic–a software asset management consulting company–created Movere, a cloud-based inventory solution integrated with a visualization interface that is accessed through the web, to solve this problem. “Movere provides enterprises complete visibility and control of their Microsoft licensing and IT infrastructure. The inventory module can be run from any machine and, through an intuitive interface, inventory any Windows device and push data straight into the cloud,” says Andrew Ireland, CTO, Unified Logic.

Built by a team of IT consultants, developers, and licensing specialists, Movere is a closed-system solution that can pull, integrate, analyze, and anonymize data extracted by various queries, from disparate systems through an encrypted channel. “The thing about big data is creating the ability to build dimension through multi-tiered integration and triangulation coupled with pulling out only what’s relevant. While we can’t create real estate in the physical world, we can manufacture capacity in a virtual world through re-configuration and optimization. That’s what Movere does,” says Ireland.

In an increasingly security conscious world, enterprises are very concerned about how their data is protected. Movere offers the patent-pending ability to anonymize personally identifiable data, while keeping the integrity of the data intact, giving enterprises an additional layer of protection and comfort. The best way to address privacy issues is to obfuscate the data and allow the customer to retain control of their own data.

Through Movere, Unified Logic focuses on removal of redundant costs. For example, one of their clients had active Office 365 subscriptions that included ex-employees, increasing unnecessary costs. After working with Unified Logic, that client was able to automate the entire process of extracting data from active directory and O365 Exchange data and by overlaying the mined data, their client discovered that $112,000 was invested in subscriptions for ex-employees. “We are very excited to add real value to customers and by building this platform we can accelerate the value to customers exponentially,” says Ireland.

Unified Logic is partnering with numerous service providers and vendors in its aim to make Movere the standard for all things IT. Our goal is to provide as much value as possible to our customers and massively reduce the time CIO’s spend in responding to requests for data, by putting everything that they might need at their fingertips. Movere is a great solution for DBA’s and CIO’s alike and builds the communication channel between levels of management. “Our aim is to reach a point where customers will think about Movere any time they need to know something about their Windows environment,” concludes Ireland. 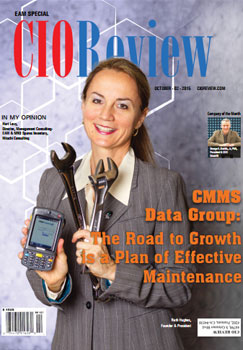