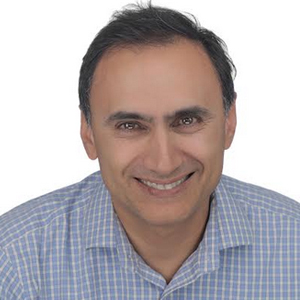 Reza Jalili, Founder
Vaiu Global is building digital cash networks because, despite the age-old saying that “Cash is king!”, the world now demands a speed and convenience in transactions that physical banknotes and coins can no longer provide.

Despite the convenience and anonymity of cash as a form of payment, we are becoming a cashless society. Recent trends suggest that digital money will soon replace physical cash. According to data from Finaria, the global digital payments industry reached $6.6 Trillion in value in 2021, a 40% increase in two years . Many financial and government institutions worldwide have reduced the amount of physical cash in circulation. The value of cash in circulation in Sweden dropped 50% between the peak in 2007 and the low figures of 2018 .

Each digital transaction leaves a footprint, and the move toward a cashless economy has created new consumer concerns, chief among them being security and privacy. As the number of digital payments grow, so do the number of places to find people’s “precious credentials”, such as account numbers and contact information, as well as records of the type of purchases made. This data is now not only legitimately sold, but also routinely attacked and compromised by hackers of all types - individuals, collectives, even organized crime and state-sponsored groups in some countries. These breaches have consequences - rampant fraud and identity theft being the largest to date. A new Aite Group report finds that losses from identity theft totalled $502.5 billion in 2019 and increased 42 percent to over $712 billion in 2020, with over a billion records compromised every year .

How can financial institutions keep pace with the growing acceptance and adoption of digital payments, while keeping costs down and protecting their customers’ valuable information?

Vaiu provides a single, consolidated platform for banks, commercial merchants, and consumers alike to exchange money. Flowing over the internet, Vaiu’s “cash-like digital transactions” (CLDTs) open up enormous opportunities for businesses to expand and grow. “Nearly anywhere there is a financial transaction, Vaiu can step in, with more advantages and fewer limitations than physical cash.”

“When money is withdrawn, a ‘packet of money’ is created, representing that value, backed by a debit from the customer’s bank account. When that packet is eventually redeemed by someone, their account is credited with the equivalent amount,” explains Jalili. As a result, consumers can carry and transmit packets of digital currency on their mobile phones instead of physical banknotes in their pockets or wallet.

“We call this Money-over-IP, or MoIP. Just as Voice-over-IP or ‘packetized sound’ reduced the cost of telephony 100 times over, Money-over- IP promises much lower costs and risk, with higher speed transactions between people - and in the near future, even devices and software agents - regardless of physical distance.”

To help banks implement the CLDT most efficiently, Vaiu Global has developed the Vaiu Digital ATM™. It easily integrates with the bank’s existing mobile app, providing an intuitive and simple, instant and safe interface for bank customers to deposit, withdraw, send and spend money from their bank account.

Nearly anywhere there is a financial transaction, Vaiu can step in, with more advantages and fewer limitations than physical cash

“Vaiu works seamlessly with most existing bank systems and processes, such as KYC/AML or ACH or SEPA money transfers - keeping change management costs and risk low for our customers,” notes Mark Hochberg, VP of Customer Success. “And our Digital ATM product reduces consumer reliance on physical ATMs and the underlying networks, which reduces bank operating costs.”

Commercial merchants also benefit from using CLDTs. Not having to collect, store and update consumer credentials yields a much faster and easier checkout experience, and using a cash-like purchase method reduces time and money spent on fraudulent purchases and other chargebacks. Consumers pay digitally with far less worry about cybercrime. “We are committed to helping merchants and retailers reduce their credit card transaction disputes by at least 70 percent,” comments Jalili.

Want more? Consumers can use Vaiu to access their funds and pay bills, subscriptions, and rentals in real-time. With the secured Vaiu app, consumers no longer expose their personal details when making cashless payments (think of past instances like card-not-present transactions). Instead, they can create a credit-card-funded payment token, which any recipient can use even if they don’t have their own account.

A Proven Testament to Vaiu’s Capabilities

Recently, a leading hotel was looking to digitalize employee tips. “Imagine you’re ready to check out of a hotel, and you want to tip the housekeeper. You look for $10 in your wallet, but you only have large bills; or no cash at all. Most people in this situation leave the hotel without bothering to tip,” narrates Hochberg.

Vaiu developed a bespoke solution for hotel tipping. Hotel guests generate a code representing the amount they want to tip and leave that code for the hotel employee, just as they would leave a banknote.

In person, Vaiu transactions are even simpler. Guests can send a packet of money through chat or email, or by just tapping phones. “We are currently developing similar solutions for everyday transactions such as taxi or bus fare, groceries, restaurants, salon bills, and so on,” says Jalili.

Moving toward a Safer Tomorrow

Vaiu is continually enhancing and expanding its platform while working on projects with leading European financial institutions. “We have partnered with a major European bank, Raiffeisen Bank of Austria, and are currently conducting a Vaiu pilot in the Balkans,” says Andre Cappon, a member of Vaiu’s Board of Directors and long-time consultant to large banks, stock markets and other financial institutions.

“We also are currently fundraising. Our main goals over the next 18 to 24 months include accelerating the scaling up of our platform, growing our partnerships, and stimulating the adoption and customization of digital transactions - anywhere, anytime, with anyone. That’s Vaiu.” - Reza Jalili. 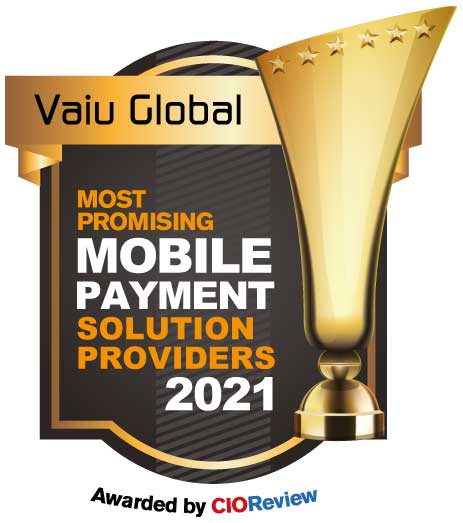 Description
Vaiu Global is helping financial institutions usher in an era of cash-like digital transactions ("CLDTs") with a patent-pending innovation that offers the positive characteristics of cash while reducing the risks to consumers that come along with digital payments. Vaiu’s single, consolidated platform offers advantages for banks, merchants, and consumers alike, while respecting many of the existing “rails” and supporting processes, for simple integration. Vaiu’s “Digital ATM™” can be quickly integrated into a bank’s mobile app to provide a simple, intuitive, KYC/AML-compliant interface for bank customers to withdraw and deposit money into their bank account safely and instantly 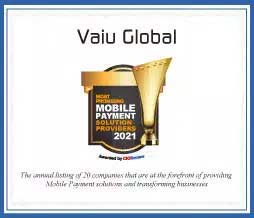 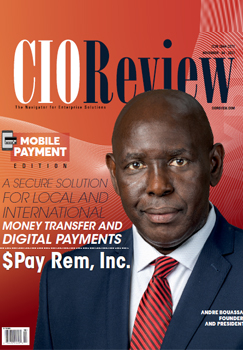