Headquartered in Fairfield, CT Virtual Procurement Service (VPS) is gaining effusive praise and passion from the CIO’s who are short on funds but need to acquire and maintain critical technologies. Each customer testimonial of VPS begins and ends in the same way: “When I first heard about VPS I thought it was too good to be true--Now our organization considers ourselves lucky to be part of their customer base.” It all started when a seasoned salesperson for various value added resellers, Scott Robins suggested to his customers in 2008 that they could possibly recover money already spent and that could be used to fund new acquisitions. After finding success doing just that, Robins struck off on his own to build VPS in the fall of 2009.

Unlike traditional buying services or Group Purchasing Organizations, VPS’s success relies on knowing the manufacturers and publisher’s fully burdened costs. These costs are determined by their proprietary predictive analytics tool, The Virtual Vendor Index (VVI). The VVI takes in to consideration 18 different critical pricing criteria data points. According to one of their customers, the VVI, “makes it much easier to understand if we have been getting the great pricing our sales people brag about.” Another client added, “These are not flim/flam savings. VPS is measured by the reduction of costs only after my team has negotiated the best possible deal they can. I simply do not have any other vendor whose success is so easily measured.”

While manufactures, publishers and VARs help in maximizing the revenue and margins through companies like VARtopia, until VPS, customers had been left to their own devices

According to Robins, the Procurement landscape has not evolved significantly over the last 15 years. He explains that, “ROI calculations worksheets are simply not objective or accurate. 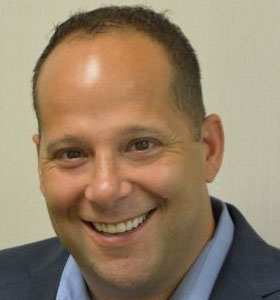 Scott Robins, Founder & CEO
The TCO’s are typically written by the sales organization the customer ends up sourcing the product from, again not objective. The research organizations are dependent on other customer’s data, which is typically one to two quarters old, and absent of critical calculations.” Robins goes on to point out, “While manufactures, publisher, and VAR’s have help in maximizing their revenue and margins through companies like VARtopia, until VPS, customers had been left to their own devices.”

VPS continually invests in the ongoing development of the VVI. Raymond Augustin, VP of Service Delivery at VPS explained how the VVI is critical but so are the processes. “Understanding the fully burdened costs is really only half the battle. We are able to combine these data points from the VVI, with an understanding of the unique and quickly changing pricing programs that are deployed by each organization to achieve significant savings for our customers.”

VPS’ clients have recovered millions from their past purchases and reduced the costs on new purchases by an even greater amount. One CIO of a large retail/manufacturing shop has declared they recovered $900,000 on a $4.5 million server deal 18 months after the initial purchase. Another hospital CIO details how VPS recovered $120,000 on a network deal done 34 months after the original payment was made. A hospitality CIO customer testimonial reviewed shared that “VPS reduced the costs of a large software EA for us by over $800,000 on what was originally a $4 million proposal.”

It would appear from VPS’ secret society client base that as stated by one client, “the single most effective way to reduce technology costs is to engage with Scott and his team at VPS. It is not too good to be true.”

Description
VPS uses proprietary technology and processes to evaluate, recover and/ or reduce spends on hardware, software, maintenance contracts, and even professional services 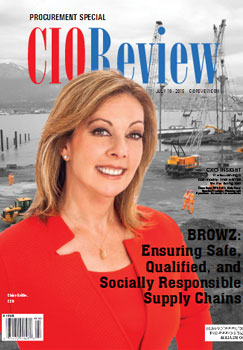