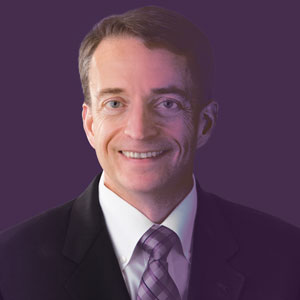 Pat Gelsinger, CEO As humans, we constantly strive to do more with less. We opt for the shortest route when traveling from point A to point B. We use mobile devices to remain productive even while we are on-the-go, and we use automation to do more than one thing at a time. As far as computer science is concerned, users try to extract the most out of their hardware, so the software that runs on top can deliver even more. This is where virtualization comes in—a burgeoning industry that, today, is pushing the envelope of computing. Although, when virtualization comes to mind, a person first thinks of situations, products, and ideas that commenced in the 21st century. But surprisingly, virtualization has been around since the early 1960s, used as a way to help old mainframe computers compartmentalize different applications. Virtualization has since come a long way, and now stands as an essential part of the business ecosystem, reducing costs and simplifying business processes, while increasing performance, agility, and scalability. Redefining the possibilities of virtualization, Palo Alto, CA-headquartered VMware is empowering industries with over 75,000 partners and 200,000-plus individuals innovating groundbreaking products and services pertaining to hybrid cloud, software-defined datacenter, and end-user computing.

VMware, an acclaimed player in the virtualization industry was founded in 1998; having worked under the radar, with a mere 25 employees. VMware launched its first virtualization platform, WorkStation 1.0 in 1999.

VMware has recently partnered with SAP to further integrate the cloud with the Internet of Things (IoT), working on a pre-integrated solution for quick deployments

Since then, the company has gone through a lot of restructuring and iterations, until it fell to Pat Gelsinger, the current CEO. Having been under his care since 2012, the company has nearly doubled in size and has ramped up its solution portfolio like nothing seen before. The company first received recognition for its type 2 hypervisor known as GSX Server, in 2006, that later evolved into two hypervisor products lines—the type 1 hypervisors (running directly on hardware) and their hosted type 2 hypervisors. The software provides a completely virtualized set of hardware to guest operating systems. When running, it virtualizes the hardware for a video adapter, network adapter, and hard disk, while the host device provides pass-through drivers. This enables the portability that makes these machines world-renowned.

Now, VMware’s big push is with the network virtualization and security platform, NSX that emerged after it acquired software-defined networking company—Nicira in 2012. NSX enables users to create complete networks in software and embeds them in hypervisor layers, which, in return, allows components to be allocated in minutes, without the need for any form of modification. VMware took the capabilities of NSX a step further, by extending it into the cloud in 2016. NSX Cloud is a SaaS, which works with private and public cloud services to create networks across Amazon Web Services (AWS), Google, and Microsoft Azure.
By bridging the gap between private and public cloud servers, it allows users to perform actions across the clouds as well. The cross-cloud management platform allows users to view their network across multiple environments with ease. Together with the third-party cloud providers, NSX Cloud works as a Software-defined data center (SDDC) that provides end-to-end Visibility allowing them to quickly troubleshoot issues by determining the cause more easily. Pat Gelsinger, CEO of VMware says, “We have 100-plus customers on the NSX platform now and we keep adding customers onto the platform. But there is just a long way to go here because it is transformational.” The company’s big play on network virtualization platform is now foundational to the company’s strategy and it will be a time-consuming process. In this world of apps, services, and connections, the network now plays a crucial role that can be the difference between success and failure of modern organizations.

VMware has recently partnered with SAP to further integrate the cloud with the Internet of Things (IoT), working on a pre-integrated solution for quick deployments while providing the necessary security and management capabilities for the IoT architecture across portals. Virtualization has the ability to give these IoT platforms a flexible network framework, which will aid the evolution of the IoT. “Cloud and mobility continue to be the trends that will drive VMware for years to come. Our continued innovations in SDDC will help position enterprises to securely leverage this hybrid-cloud world and navigate the mobile-cloud era,” says Gelsinger. The future of VMware seems very exciting and if its success continues to be on the rise, there is no saying where VMware will end up in a couple of years. With industry-leading technology and a hands-on CEO like Gelsinger, it can only mean good things for the future of the virtualization industry.

Description
Provides software that helps business users simply and securely access the apps and data they need, from anywhere, to do their best work 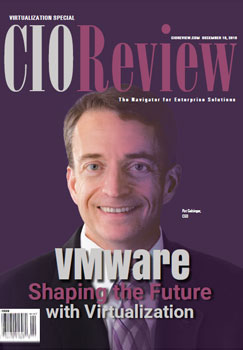