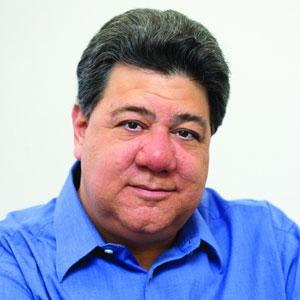 Andy Bierman, Founder & CEO
Enterprises across verticals leverage Configuration Management (CM) to evaluate functional and physical attributes of IT systems at various points in time for better software life cycle management. “CM helps enterprises configure their network devices, for a rapid delivery of services, ultimately having a huge impact on revenue,” says Andy Bierman, Founder and CEO, YumaWorks. The Simi Valley, CA based YumaWorks realized that CM is critical to the success of other IT processes and that automated CM tools can reduce the percentage of outages caused by configuration errors. Moreover, automated CM can eliminate a lot of manual work, thereby creating greater stability and predictability while reducing labor spent on configuration. Bierman believed that the best approach to automate the existing CM environment would be through the Internet Engineering Task Force (IETF). The IETF has introduced Network Configuration Protocol (NETCONF), a standard for installing, manipulating, and deleting configuration of network devices using YANG, the de facto data modeling language for CM. “Currently the Configuration Landscape is one of rapid change from the fragile legacy world of Command-Line Interface (CLI) configuration and Simple Network Management Protocol (SNMP) monitoring to one of robust, scalable, and extensible YANG modeling,” says Bierman.

Being a recognized veteran in network management and one of the principal contributors to the YANG and NETCONF specifications at the IETF, Bierman developed REST API for YANG based NETCONF server in C, Apache, fcgi, and yangcli. He has a total 142 citations for 21 Request for Comments, memorandums describing methods, research, or innovations applicable to the functioning of the internet. Inculcating the knowledge and experience gained at the IETF, Bierman founded YumaWorks to support organizations with a service-oriented approach to network management and to avoid the server complexities that they have to deal with while deploying new software or hardware on their network. YumaWorks’ vision is to create an automated management plane for the Internet that provides a robust and programmatic interface to provision devices and services, hence their tag-line “Automating the Internet.”

To address the myriad of complexities emerging in the CM landscape, YumaWorks created—YumaPro SDK, a next generation programmatic control plane toolkit that simplifies the process of CM. With it customers can migrate from legacy CLI and SNMP methods of managing their network devices to the modern approach of YANG and NETCONF. The tools in the YumaPro SDK automate the development of servers for the customer’s products, allowing them to focus on their platform specific development and leaving the protocol and server infrastructure knowledge to YumaWorks’ development team. The YumaPro tools take standards based or customer defined YANG modules and generate instrumentation code stubs, which are then filled in by their customer’s engineers with their platform code. The price to develop YANG modules from scratch can cost millions of dollars and take a substantial amount of time and resources. “Our tools reduce customer time to market and operating costs by not requiring their engineers to become experts in the protocol or system details,” extols Bierman. “This helps our customers to focus on their expertise and product’s functionality, and leave the protocol and management server infrastructure details to us,” he points out.

“We live in the ‘do-it-yourself’ age of technological advancements; however, not every company can afford that level of automation considering the costs involved,” says Bierman. Highlighting on the key aspect of the SDK, Bierman states that automating YANG module development is their specific goal. And they have accomplished it by providing tools to create dynamic libraries with the protocol and system infrastructure code.

We live in the ‘do-it-yourself’ age of technological advancements; however, not every company can afford that level of automation considering the costs involved

This can help the organizations to hook into the stubs that YumaWorks’ tools create and avoid any concerns related to platform specific instrumentation. Moreover, the libraries can be accessed asynchronously in a distributed architecture if some of the system instrumentation needs to be on lines cards, for example. “We link the server to standard libraries for functions such as syslog, security, and authorization,” says Bierman.

YumaPro is further complemented by a client tool—yangcli-pro—that provides a flexible command line access to a server with many developer friendly features such as command line completion, providing proactive help and sessions to easily connect to multiple deployed servers. Highlighting a key strength of yangcli-pro, Bierman says, “it consists of a test mode to record the commands sent to a server and any responses returned, which can be used as a test suite to re-run the tests later.”

A new feature of YumaPro SDK is support for the IETF RESTCONF protocol, which augments the web service access to netconfd-pro, a server implementation program. This provides a REST like protocol running over an HTTP interface that accesses the YumaPro NETCONF server data stores. “The RESTful interface provides organizations with access to a wide range of development tools and developers that are familiar with this pervasive technology,” illustrates Bierman.

Being at the Forefront of CM Innovations

A staunch believer of constant innovation, Bierman is always open to learning new things. He firmly believes, “Things don’t change when you leave school and go into business.” Instilling the same conviction in their day-to-day operations at YumaWorks, Bierman focuses on driving quality into their products and maintaining an efficient development organization. This focus on quality offers YumaWorks’ customers a cost of ownership advantage: YumaWorks keeps abreast of new developments and standards in the NETCONF and YANG arena and upgrades YumaPro SDK on a regular basis with these new features, so customers can spend their valuable time and resources on their own products rather than on playing catch-up with evolving standards.

YumaWorks’ software is currently in use by some of the leading network equipment providers in the world, and these customers have applied YumaPro SDK in ways that even YumaWorks hadn’t envisioned when starting out. Such is the complex nature of Configuration Management. “If we had insights into the myriad of ways our customers were going to implement our software earlier in our development process it would probably have caused us to consider a more granular set of APIs.” Though this is difficult to foresee until one starts to have multiple and diverse implementations, much the same way that the IETF tries to get varied implementation reports of standards to test how well they’re designed.

Being at the forefront of rapidly evolving YANG and NETCONF/RESTCONF standards, YumaWorks aims to explore more of the configuration transaction management system and help their customers in enhancing performance and robustness functionality. 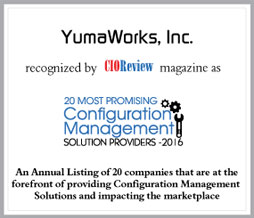