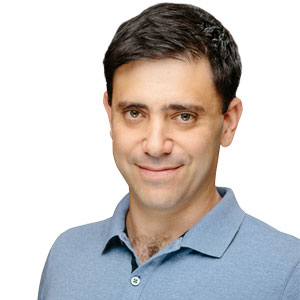 Tal Brown, Co-Founder & CEO
Fitness of an athlete invariably decides the performance of his or her team through the course of a season or league in every sporting genre. More often than not, key players get injured, leaving their teams with positional gaps in line-ups, consequently costing them crucial games in a calendar year. Therefore, maintaining a fully fit squad serves as the driving force of success for most sports clubs. Consider, Getafe—a team from La Liga, Spain—who are ranked fourth in their league, despite spending considerably less on player transfers than their counterparts. Getafe’s success is undisputedly credited to the performance of the players that not only maintained a consistent track record throughout the season but also strived to remain fit and available for the games that followed. The Spanish football team, has so far, witnessed a 65percent reduction in their injury rates this season. Sports enthusiasts (with a sense of wonderment) are puzzled over how Getafe keeps at it. The answer, in this case, lies with Zone7’s expertise in AI-powered pattern recognition for injury risk identification.

Zone7 has devised an AI-powered pattern recognition platform that utilizes wearables and video analytics to understand ‘every athlete’s physical limits.’ It analyzes medical records, performance metrics, and health data by using data already available to the teams. Abiding by the widely prevalent data collection trend witnessed in the sporting industry, Zone7 gathers insights from sporting events to hit the sweet spot between a player’s performance and health, without the use of specialized equipment for data aggregation. The software is easy to deploy and use and is tailored to the specific needs of each athlete. It identifies injury risks and fatigue accumulation of players through its ‘injury pattern recognition engine,’ allowing team managers to understand the correlations of events occurring on the pitch and make objective, unbiased decisions. This approach holds good for medical treatments wherein, organizations could potentially make faster decisions with regard to the health of an athlete. “Zone7 is all about assisting sports teams in ensuring that athletes remain healthy and perform at their peak levels,” says, Tal Brown, co-founder and CEO, Zone7.
At the crux of these injury-preventing countermeasures is an AI model that is capable of analyzing a multitude of health parameters such as movement, heart rate, sleep and other health metics. “Our AI model is capable of connecting to various sources of data, be it fitness trackers, medical records, video data feeds, or any other relevant information set pertaining to an athlete’s health. We’ve analyzed data from over 10,000 athletes and use those learnings to understand the patterns that lead to or cause an injury,” elaborates Brown. Such an information portfolio enables coaches and team managers to optimize training sessions of teams to bring out the best in terms of performance and fitness. By measuring the fatigue accumulation of players, the AI engine provides insights to predict injuries before they occur and enables the coaches to take corrective measures prior to unforeseen circumstances. The company has achieved a performance index with 75 percent reduction in injuries on average across its customers and 95 percent accuracy rate in terms of correctly forecasting injury risk.

Brown emphasizes that security is of paramount importance with regard to an athlete’s health data. Zone7 ensures the encryption of personal information sets while retaining the ownership of such data at the hands of team managers and players, providing complete control of how they are utilized. Building on this philosophy, Zone7 aspires to explore newer genres of sports by offering actionable insights— energized by artificial intelligence and data-driven interventions—to empower athletes, helping them perform at their highest potential. “Ensuring a healthy lifestyle and increasing the overall performance of individuals and teams is the bottom line of our expertise. We aim at improvising on these capabilities for sports organizations worldwide,” concludes Brown.

Injuries aren’t just a problem for athletes themselves, they’re also incredibly costly to teams. Organizations risk losing billions in annual revenue from reduced fan attendance and/or missed playoff games. But today, using artificial intelligence and machine learning, Zone7 is turning that convention on its head and providing some of the world’s most iconic sports franchises with injury prevention intelligence to prolong the careers of their players.

“Getting injured is one of the worst experiences for any athlete,” said Kristaps Porzingis. “The technology behind Zone7 is extremely impressive and has the potential to change the landscape of sports forever.”

Zone7’s platform connects automatically to medical and athlete performance data, without requiring any new hardware or data entry for the team. The proprietary AI then creates a customized pattern recognition model for each athlete on the team to identify injury risk and enable coaches to provide training and game intervention strategies resulting in significantly reduced injury rates. Simple and actionable recommendations are sent directly to personal mobile devices so coaches, athletic trainers, and doctors can make fast, informed decisions on the field.

To date, Zone7 has achieved a 95 percent accuracy rate and 75 percent reduction.

“Injuries in professional sports cost billions annually, but in the era of big data it doesn’t have to be that way,” said Tal Brown, co-founder and CEO of Zone7. “Professional sports franchises have massive amounts of untapped health and performance data that, when unlocked by AI, can become one of a team’s most valuable assets. By better understanding every athlete’s breaking points and implementing personalized intervention plans to prevent injuries before they occur, teams no longer have to accept injuries as an inevitability.”

Zone7’s achieved early traction in the world of professional soccer, where teams competing in La Liga, the Champions League, MLS and NCAA report a 75 percent reduction in injury rates on average. Other sports have quickly followed suit, as Zone7 was recently invited to demonstrate its technology at the Baseball Operations Technology Expo at the MLB Winter Meetings in Las Vegas and currently has pilot programs running with a number of MLB franchises.

The company was co-founded by CEO Tal Brown and CTO Eyal Eliakim, both of whom served with the Israeli Defense Forces elite intelligence unit 8200 (equivalent to the National Security Agency). Brown has nearly two decades of experience in product management, sales and AI. Prior to Zone7, he was one of the founders of Salesforce’s first AI team and shipped Einstein, Salesforce’s first AI product used by millions of sales professionals. Eliakim is an AI expert and published sports science researcher. He was previously a data scientist at Salesforce and also worked as Head of Sports Science and Performance Analysis with several professional soccer franchises.

“Professional sports is, for the most part, slow to embrace medical and performance data, and as such, this has historically been a difficult target market to break into. Tal and Eyal have built a compelling product that is making teams stand up and take notice. It’s literally a game changer,” said Raanan Bar-Cohen, general partner at Resolute Ventures. “The fact that Zone7 is the first company to show injuries can be avoided by using artificial intelligence, makes us extremely excited to partner with the Zone7 team.”

Description
Zone 7 provides a pattern recognition platform to prevent injuries using wearables and video analytics solutions. The company utilizes data from medical records, performance metrics, and health data that is already available to indentify injury risks and fatigue accumulation of players through its pattern recognition engine, providing team managers adequate correlations of events occurring on the pitch. Such matrices assist sports teams in ensuring that an athlete remains healthy and performs at their highest levels during the course of a game or throughout a sporting season 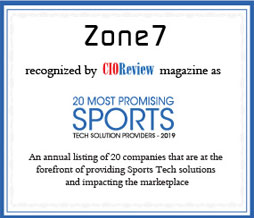 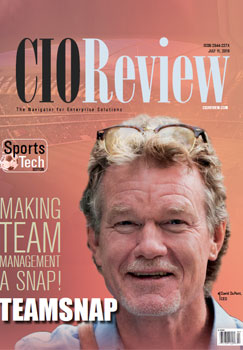