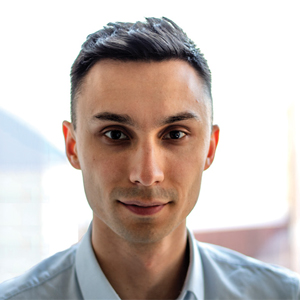 David Rihak, Digital Identity Director
"Identity authentication is evolving from static protection to a more dynamic one in nature, utilising some of the strongest tools such as cryptography and best-in-class data protection protocols, all the while remaining independent of hardware components,” states David Rihak, Digital Identity Director at ADUCID. A Dynamic and distributed architecture is indicative of how identity authentication need not be restricted to a single device, while also providing access to a multitude of services both in the public sector and private sectors. ADUCID has materialised this concept of dynamic identity validation, thereby enhancing user experience and accessibility through its distributed solution set. Such an identity validation tool could prove to be extremely beneficial for countries to scale identity from identity registries to full-fledged, interoperable and cross-sector identity ecosystems.

ADUCID steers away from the use of conventional usernames and passwords—while accessing a service online— and provides a universal ID for both public and private sector services, without limiting itself to governance or finance functions. Built on a distributed architecture, the company’s eID authentication app, Peig, draws merits from the patented innovation PersonalCodeTM, which authenticates users from any device for all applications in an ecosystem of services.

One of the merits derived from this architecture is secure account recovery – a process that often proves to be cumbersome for end-users. For instance, people in general, are accustomed to a specific set of standard procedures while interacting with the username-password-based authentication services. If one were to lose their password, he or she would eventually retrieve it from the email service provider by following the corresponding password retrieval protocols; this set of protocols could likewise apply to any service hosted online. As they are managed by users themselves, such password backup scenarios increase the clutter associated with maintaining the relevant accounts of users by creating a significant number of security vulnerabilities. “If you lose the authentication means of any kind, it’s difficult to prove that this account actually belongs to you. How do you securely prove that your old account is, in fact, your account? How to issue a new authenticator to an existing user? Can this be delegated to another service? An email? How secure is this email?” elaborates David. “A plethora of such questions arise along with potential vulnerabilities when we interact with traditional authenticators.”
Some of these vulnerabilities could be as trivial as losing one’s phone, wherein, finders of the device would potentially access the user’s identity and related accounts. In addition to addressing such circumstances, ADUCID’s Peig entirely eliminates critical vulnerabilities such as MITM/phishing attacks, effectively safeguarding users against probable data infringements.

Secure identity is no longer a burden that users have to deal with; it’s applicable for all online services

ADUCID circumvents these vulnerabilities and many such advanced complications by enabling users to back up their identities on any of their personal devices such as a laptop, iPad, or another smartphone. Such a decentralised approach to validating one’s identity through a myriad of devices dramatically improves the accessibility, applicability, and security of data exchanged through these services. It also allows the user to retain access to the aforementioned online services on other devices, negating the need to reauthenticate one’s own identity.

This Architecture exemplifies David’s remarks on the evolution of security from a static framework to a dynamic one, wherein, identity authentication is independent of the hardware components on a device. The ADUCID team has perfected such an architecture through a novel mechanism of safeguarding cryptographic elements utilised for the authentication of identity on any device, without the need for any specialised hardware. The company, along with its technology stack, upholds the highest standards for privacy and compliance - eIDAS, GDPR, PSD2, NIST.

“Through our decentralised technology, we ensure that secure identity is accessible and usable not only for government or financial services but also for common services and privileges,” substantiates David. “Secure identity is no longer a burden that users have to deal with; it’s applicable for all online services.” ADUCID, with this Universal ID, aims to bring in ultimate security without compromising on applicability and user-experience. Such an approach enhances the interoperability of online services, all the while benefiting remote registration and IoT communication functionalities within the ecosystem of services. 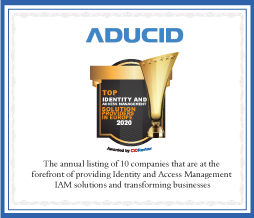 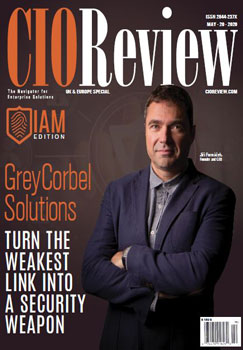