Devesh Garg, Founder & CEO
As Network Transformation gains steam with the emergence of 5G networks and edge computing architectures, Enterprise/Provider CIOs are demanding greater agility, simplicity, and flexibility to support their application-oriented business models. Providing their customers with a consistent, superior experience in such a transformative environment while managing hardware-centric complex routers and switches, is difficult, inefficient and an expensive undertaking. What is needed is software-powered network transformation that brings service agility, data-driven adaptability and business-centric innovation. The Global Network Transformation Market was valued at $4.32 billion in 2016 and is projected to reach $332.17 billion by 2025, growing at a CAGR of 62.01 percent from 2017 to 2025 (Market Insights Report). The founders of Arrcus, a venture backed company based in San Jose, CA, recognized the opportunity to provide businesses with differentiated solutions to the networking challenges associated with this transformation.

ArcOS is the only independent NOS that offers support for market-leader Broadcom’s cutting-edge merchant silicon product-lines: StrataDNX Jericho+ and the StrataXGS Trident 3. This ability to simultaneously support both internet-scale routing and high-density switching environments is a testament to the uniquely differentiated capabilities of ArcOS.

The impact of ArcOS on the marketplace is already discernible. A Fortune 100 company is deploying Arrcus Inc’s ArcOS NOS as the underlying lynchpin of their massively scalable data center (MSDC) network infrastructure. ArcOS’s modular, programmable network software on industry-leading network silicon Trident 3, from Broadcom, enables them to drive a software-powered network transformation strategy from the Data center to the Edge.

Our customers want the freedom to choose best-in-class products to deliver innovative solutions that solve their most complex problems. Arrcus has brought game-changing capabilities to market while re-defining the business model to make it easier to design, deploy, automate, and manage large scale networking solutions

The networking industry is a large multi-billion market that is dominated by a small number of vertically integrated box vendors. The lack of choice has kept prices high, innovation low and end users have limited control of their networking infrastructure.
History has repeatedly proven that large markets transition from vertical integration to horizontal segmentation. This transition has already occurred in the server, storage and compute tiers: Intel for CPUs, Linux for server OS, white box commodification of storage and Facebook for massively scalable distributed computing applications for the user space are a few examples.

Additionally, there has also been an explosion in next generation networking silicon component options with accelerating feature velocity that will continue to redefine what is possible. As a result, there are many options of fully featured, high quality, cost efficient network hardware systems that are readily available today from multiple ODMs. However, their adoption has been slow due to the lack of a viable independent network operating system that unleashes the transition to best-in-class horizontally segmented solutions. ArcOS solves this problem by enabling open integration with the hardware system of your choice. 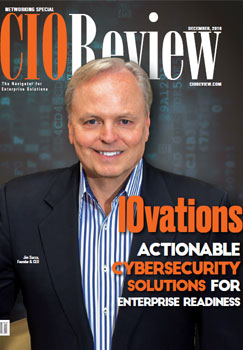