Developing an Effective Enterprise IT Organization: The Constant is Change 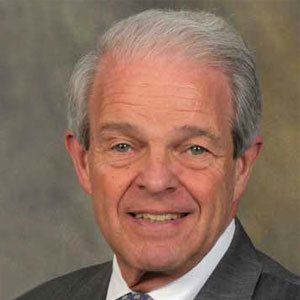 Today, the University of Central Florida (UCF) is one of the largest and most innovative institutions in the country. The university serves its students from its 1,415-acre main campus in Orlando, ten regional campuses distributed throughout central Florida, a health sciences campus, and a large-scale online learning program. A new downtown Orlando campus serving 7,700 students will open in fall 2019. Nationally, UCF produces the highest number of graduates annually, and at the lowest cost per degree. As with many public research universities, information technology (IT) plays a major role in supporting the operation of the institution, as well as its teaching, research, and service missions.

Over the past two decades, UCF’s enterprise IT division has evolved to address both mission and portfolio. I arrived at UCF in 1995 as the university’s first CIO to lead the newly formed division of Information Technologies & Resources (IT&R). Reporting units at that time included Computer Services (academic and administrative IT, telecommunications, and the Computer Store campus retail outlet), university libraries, and the Office of Instructional Resources (classroom technology).

The mid-1990s marked the beginning of a period of rapid growth for the institution, and the new division was positioned to take advantage. The enterprise network was re-built, home-grown administrative applications were replaced by a commercial enterprise resource planning (ERP) suite, all classrooms received complete multimedia upgrades, the library began to aggressively develop digital resources, and a major online learning initiative was launched. During this period, the university constructed as many as three buildings per year to accommodate waves of incoming students (some said that UCF stood for “Under Construction Forever”).

​ As with many public research universities, information technology (IT) plays a major role in supporting the operation of the institution, as well as its teaching, research, and service missions

But, all was not well with regard to deskside IT support: as both the university and IT services expanded, every issue fell to the central IT department to address, and it was not prepared to respond. At that point, a “federated” model was put in place, with each department that depended heavily on IT support encouraged to establish its own Tier 1 IT support team. Departmental Tier 1 staff would handle everything “from the network port out,” and central IT would handle everything from the wall plate to the core. To keep all of this in sync, an enterprise committee—the Information Technology Resource Coordinating Committee (ITRCC), —was formed, with membership consisting of every IT employee at the institution who elected to participate.

This structure worked well and allowed the central IT department to focus on the network, enterprise applications, information security, and policy while the various departmental IT units handled deskside and lab support. The ITRCC provided a forum for information sharing and loosely coupled management of enterprise infrastructure and services. When needed (such as for Y2K remediation and a major computer virus outbreak one fall), the ITRCC provided a forum to bring the entire enterprise IT workforce to bear on a common task.

In one sense, this structure worked a bit too well. Over time, the departmental IT units grew faster than did the central IT department. This growth included the creation of new departmental applications, expanding infrastructure, proliferation of server rooms, and additional IT staff. Around 2010, space in the building housing central IT became available to establish a Shared Services Center and departments were encouraged to close down their server rooms and migrate their equipment. Although an attractive concept—and there were some takers—customers weren’t lining up at the door. Among the reasons were that departments had difficulty shifting from a CAPEX to an OPEX IT operating model, and some IT staff feared the loss of their jobs under a shared services model. There was also cultural gap between central and departmental IT.

It was time to focus external eyes on the matter, and in 2014 an external consulting firm was contracted to conduct an “IT service delivery model assessment and validation.” Concluded in mid-2015 the consultants’ report quantified significant cost of duplication and redundancy in personnel and equipment and encouraged the institution to consider IT consolidation. In recognition of the earlier resistance to adopt a shared services model, a new concept was launched: the development of an entirely new enterprise IT organization with full participation and contributions solicited from both legacy central IT staff and those coming from the departments. Departmental IT lead staff would enter the new organization as “Business Relationship Managers” with the initial tasks of maintaining service levels while simultaneously mapping the migration of their staff and resources into the new structure. Somewhat surprisingly, four major colleges and one of the largest administrative divisions quickly volunteered to participate as “Cohort 1.” Subsequently, two additional cohorts were identified and are in the process of transition, while discussions with candidates for cohort 4 are underway.

The new structure now provides for the first time the opportunity for every participating IT employee to chart a career path in regard to specialty and level, with institutional support for training and job shadowing. It also provides a path from the previous premise-based infrastructure to the cloud.

At the university level, two new governance committees were established: the IT Strategic Governance Committee, consisting primarily of vice presidents and academic deans; and the IT Professionals Committee, consisting of IT practitioners. The two committees adopted similar charters and continue to provide significant input and guidance on strategic IT investments and directions. In addition, individual IT governance committees were established with each college or division merging into enterprise IT.

The new IT organization and governance structures are exhibiting great potential to achieve improvements in strategic alignment, service levels, information security, and cost reduction; however, full attainment of these goals continues to be a work in progress. There is general acceptance across the institution that the new IT service delivery model is the right one for the present and near future. However, anticipated cost savings have yet to be realized because of the significant “technical debt” required to migrate and upgrade departmental infrastructure and shed as many of the nearly 1,000 departmentally developed applications as possible. These obstacles have impeded improvement of end-user deskside support, which is a critical success factor. There is also the need to re-classify and increase compensation for several staff members who had been capped by department-level ceilings.

In regard to portfolio, several organizational changes have been made along the way: the development of a department to manage faculty and course development for the highly-successful online learning initiative (which today generates over 44% of all university student credit hours) and the subsequent transition of this unit and the Instructional Resources department into a new Division of Digital Learning. University space administration was added to the IT&R division’s responsibilities, and information security was elevated to a division-level office.

The importance of a highly effective enterprise IT function in a modern, dynamic research university has never been greater, as is the need to transition from “service provider” to “strategic partner” with the various business units. When launched, this initiative was named “IT2020,” to represent a sharper, “2020 vision” for the future of enterprise IT. Some asked if “2020” was intended to be the target year. It wasn’t, but both are proving to be correct.