Do What You Want To Do, Not What You Have To Do 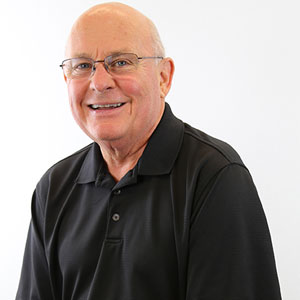 After being in the workforce for over 50 years (mostly as a CIO), I spent my last two years at Oregon State University as the Open Source Lab (OSL) & Outreach Director. The timing was great as I had been recently diagnosed with leukemia. I needed to do something less stressful. I adopted a personal philosophy of not having to be healthy to be happy. It was a great break from the normal CIO responsibilities and the job was like medicine. I was able to help lead the efforts of some of our best and brightest students.

10 years prior, as CIO, I was part of a team that started the Open Source Lab (OSL). In 10 years it became the most successful and best known academic open source lab in world. We provided world class hosting and customer development to over 160 of the world’s best known open source projects, which download over 160,000 open-source software releases a day. This included: Mozilla; the Linus Kernel; Drupal; the Apache Foundation and too many others to mention.

Student participation in the OSL helped prepare the next generation of open source innovators. Each student would graduate with a degree as well as real life experience of DevOps in the Lab.

One of my responsibilities was to lead a successful annual fund raising effort that rose over a million a year in donations including a large annual gift from Google as well as a large bandwidth donation from TDS Telecommunications that supports software download sites in NYC and Chicago.

Listen, Care, and Respond; remember you don’t have to be healthy to be happy and what people will remember about you is how you treated people

After about 6 weeks into retirement from the OSL, I decided to look at what other CIO jobs were out there that would be challenging, fun, and therapeutic. I looked at several opportunities and decided having been the CIO for both a large research university and a university system, it was time for a change.

My next challenge was the CIO position at the University of Portland. My biggest priority was to work on the human side of the organization. Another revelation I discovered early in my career was that what people remember the most about you is how you treated them and not much more. My listening tour gave me lot of feedback about the IT group and lots of stories about customers that did not feel our services were what they should be.

I went into my office and pulled posters off the walls that included: goals, mission, and objectives. We had an all staff meeting and I suggested our focus be on a tag line that had served me well for over 20 years: “We Listen, We Care, We Respond”. The idea is simple. Listen to the customer, care about their problem, and offer some assistance. Even if the initial answer is no, look for an alternative that might help solve the problem.

It took about a year to see the difference. Much of the negative feedback was now complimentary of the staff. For the three subsequent years we upgraded infrastructure in support of our network, data center, ERP, web services and academic technology. When the service improved, the funding and support increased at the same time.

Early in my new job at UP, I had several strokes, and a couple of years later, an arterial bypass of my leg. The campus was amazingly supportive. I returned to work shortly after the strokes and despite having moments that I call “word salad” it was great therapy to get back to work. The support from campus was overwhelming. My direct reportees were very kind and patient as I would struggle to express myself.

I missed the excitement of working with the students at the OSL and a new opportunity arose a year ago that has filled that void. One of my direct reports brought me a concept. It involved meeting the academic need for multi-media development by creating a student run studio. We hired students who came to UP with skills as: videography, illustration, marketing, storytelling, and editing.

The students named the studio “The on the Bluff Studio” (OTBS) and formed teams to meet the demand of the campus. The results have been amazing. Several other universities were interested in replicating what we have done at UP.

The academic technology and innovation director is the man behind the curtain and steps into mentor or course corrector as needed. He steps aside when it is time to take credit and gives that to the students.

My advice to the next generation of CIOs is simple: Listen, Care, and Respond; remember you don’t have to be healthy to be happy and what people will remember about you is how you treated people.