Forgetting Technology for a Minute 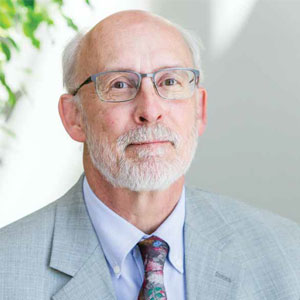 As the CIO of Eastern Connecticut State University, Connecticut’s only public liberal arts university, I am well aware of the challenges facing a higher education CIO. I think some of the lessons from higher education, however, are valuable for other industries as well. While a CIO must be knowledgeable about technology and technology trends in a wide range of areas, that is only half the job. I have learned there is a certain Zen to be an effective CIO: in order to lead technology well, one must first forget technology. By that, I mean a good CIO places as much or more emphasis on learning the business of his/her individual organization as on keeping up with the latest technology trends. I think this lesson applies across all industries.

Often overlooked, particularly by technical staff who rise through the technical ranks, is that a CIO must thoroughly understand the business of the organization. This knowledge is crucial in order to direct technology resources to position the institution to be more competitive and successful. Before one can apply all the technology skills mastered over the years, it’s important to put them aside (even forget about them briefly) in order to fully understand the non-technical aspects of the job.

Technology should never be the tail-wagging dog. Sometimes new CIOs, especially those who have a highly technical background, run the risk of being so enamored with the technology “hammer” that the whole organization becomes a “nail” whether it benefits from being “hammered” or not. I have heard some CIOs described as “someone who’s never seen a technology they didn’t like.” For a CIO, technical skill and knowledge are not nearly enough to be successful.

One of the most important ingredients for success as a CIO is understanding the objectives of one’s institution and how technology can help achieve those objectives. These objectives are more nuanced and complex in the non-profit sector than in the profit-making sector where, regardless of the industry, the common objective is obviously to maximize profit, an easily measured metric. That is not the case in the not-for-profit sector. The “business” of not-for-profits differs widely just as between for-profit industries. Higher education, government, foundations, K-12 education, non-profit hospitals all have quite different missions just as manufacturing, service, and financial industries do. Understanding the real mission of one’s organization is essential for success.

The CIO is charged with much more than simply implementing new technologies and maintaining existing ones. One of the most important ingredients for success for any CIO is to thoroughly know and understand the business of the organization, not only the business of one’s industry (higher education, for example) but the particular institution’s business (Eastern Connecticut State University, in my case) and its niche in that industry. Eastern’s competition, for Example, is as much with private liberal arts colleges, as with public universities. Technology is of little value if it does not advance the mission and goals of the organization and help it be successful and more productive. In fact, if the technology does not do just that, it’s not only a waste of money but actually hinders the institution from achieving its goals because the IT resources could have been more productively applied elsewhere.

In for-profit organizations, it is quite common for many of the most successful CIOs to come from non-technical parts of the business such as marketing, manufacturing, distribution, or sales. Individuals from those areas understand the business first and pick up the technology along the way. Nonprofit and higher education CIOs should learn from that model. The greatest challenge for CIOs, regardless of industry, is to understand and focus first on the business, gain the trust and confidence of the organization’s leadership, and understand that technology is only a means for making the organization more successful by employing technology to advance its highest priorities and strategic goals. In Eastern Connecticut’s case, those customers are first and foremost the students who matriculate here, the faculty who educate them, and the staff who provide essential services for those students and faculty.

Understanding the mission, challenges, and customers are integral to success, both for one’s organization and for one’s career. It is just as important to read the trade newspapers and follow the professional associations of one’s industry as it is to follow technology journals and news. For example, at Eastern, I read the Chronicle of Higher Education (and not just the technology section) as closely as I do reports from EduCause (the higher education technology consortium) and CIO Review. I recommend CIOs attend higher education conferences as well as IT conferences, ideally with a dean, vice president, or president. It is important to follow the same industry news sources as the organization’s leadership.

In addition to having a formal technology advisory committee, CIOs benefit from attending nontechnical meetings where plans, priorities, and strategies are discussed. While it’s best to serve on such committees, if that’s not possible, there are usually reports and minutes that provide insights into what is important to the organization. Also important is to meet regularly with key administrators (at Eastern Connecticut, for example, vice presidents, deans, directors, and managers) to learn their most important priorities and most difficult problems. Once the CIO understands these priorities and problems, she/he can creatively apply technology solutions to address them and bring real value to the organization.

A serendipitous result from such meetings is that the CIO becomes more knowledgeable than almost anyone else in the organization about what everyone is doing or planning to do. The CIO can serve as a clearinghouse for putting people together who have similar problems or interests even if they are not technological. Many times across organizational stovepipes, people are unaware that anyone else has similar interests or problems. Putting like-minded people together to work on similar projects is a large plus for the organization and builds a CIOs value and credibility at the same time.

Ideally, a CIO (as at Eastern Connecticut) is part of the senior staff, not so much to influence decisions (although it can help), but to know the direction of the university, the priorities of senior management, strategic initiatives, pain points, and goals. It is also a powerful statement for the organization regarding the importance of technology in advancing institutional objectives. The better a CIO knows what the organization values and is trying to accomplish, the better-positioned she/he is to apply technology where appropriate to assist in moving the organization in the desired direction. The technology is relatively easy; it’s knowing when, where, and how to apply it within budget constraints that makes or breaks a CIO.