Quantum Computing is Here to Stay

Quantum Computing is Here to Stay 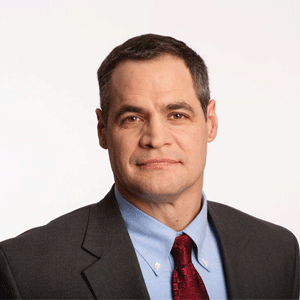 In 1994 Dr. Peter Shor, created an algorithm that, in theory, utilizes yet-to–be- developed quantum computing that would be capable of cracking RSA encryption much faster than a traditional computer. This means decryption that could take years on traditional computers, could in potentially be completed in minutes or even seconds.

A quick review of computing achievements helps us understand why quantum computing is closely studied and a critical piece of computing technology moving forward. The Transmission Control Protocol/Internet Protocol (TCP/IP) was developed in 1983 as a series of communication processes that allow network devices to connect with each other. Less than a decade later, the World Wide Web launched in 1991. The computing power, network capabilities and security considerations we use today trace their roots to these key milestones. Since then, cybercrime has become a real and growing business. A recent study from Bromium.com declared cybercrime generated $1.5 trillion USD in profits in 2017, which is the equivalent to the GDP of Russia in 2017. It only makes sense the internet needs to be architected and considering current encryption methods, could be rendered unsecure based on Shor’s algorithm. It is quite clear that quantum computing needs to be part of the solution to enhance cybersecurity.

There is no shortage of interest in developing and studying quantum computing. One way to gauge worldwide attention to quantum computing technology is through the vast number of academic papers published across the globe. It is difficult to discern the focus of a nations' ambitions from the volume of papers but it is very clear the nations most focused on quantum technology are China and the United states. The U.S. and China published 4,511 and 4,125 papers on quantum computing. These two countries account for more than half (56%) of all of the papers by the top six nations between 2004 and 2013. (Sources: Digital Science; Clarivate). Germany, Britain, Japan and Canada make up the remaining 44%.

I expect the progress of quantum computing and the reliance on artificial intelligence to grow together and usher in a new era, supported by the baseline data and foundational infrastructure we leverage today

Countries concentrating on quantum computing have varying objectives. China is focused on creating a quantum-key-distribution satellite communication network with some major Chinese telecommunications providers to connect two networks 3,000 kilometers apart. The goal appears to be a secure, robust, high bandwidth solution that would rival or surpass current fiber connections through satellites, which requires much less physical infrastructure. South Korea and the United Kingdom have embarked on major initiatives to link cites within their respective countries with quantum networks. The capital of Australia is setting up a closed government quantum network. China’s ambitions are lofty, South Korea and the U.K. are slightly more modest and Australia’s goal seems readily attainable.

The European Telecommunications Standards Institute (ETSI), is working to set up a global standard for quantum-cryptography, indicating that the European Union is also taking the emergence of quantum networks as viable and important.

The notion of quantum supremacy is a quantum computer that exceeds the power of the most powerful supercomputer in the world. This is not yet a reality and furthermore, is a moving target because the fastest computer in the world continues to getting faster with time, thereby creating a greater gap. However, most authorities believe we are approximately 10 years away.

A key question to consider is how the quantum computer of the future will be deployed. Unlike the microcomputer that evolved into first, the personal computer and then the smartphone, quantum computing will be cloud based. We will tap into its processing power from our endpoint devices. Today, that means a Google glass-like device, such as a watch, phone or a PC. Notably, I believe the phone user interface will change as we enhance and deploy advances in personal technology. Simply put, people were not designed to walk around while holding a phone to their faces.

How Charles River Labs is Re-imagining Digital Transformation with...

A Multifaceted Approach to Digital Transformation

Hybrid Work Has Forever Changed The Need For It In Ramboll

How T-Mobile brought an Un-carrier approach to tech hiring