Why Every CIO Should Care About Distributed Ledger Technologies 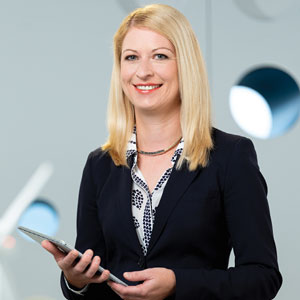 In a democratic nation state people vote with their voice. If internet communities were (virtual) nation states, how many of them would be democracies today and in the future? How would people in a democratic internet vote? And why should CIOs care about that?

The world is changing rapidly led by a new segment of decentralized technologies with groundbreaking implications on the way we produce and consume products.

Additive manufacturing (3D printing), massive open online courses (MOOCs), lithium-ion batteries and photovoltaics, to name just a few, are technologies that lead to the decentralization and democratization of our economy, an increasing market share of digital assets and the rise of the prosumer.

At the same time, these technologies are turning existing commercial models upside down. Traditional intermediary services depreciate in value, while services with transparent and direct benefit to the customer generate value. As an example 3D printing is lowering the demand for spare part traders and instead raising the relevance of 3D CAD services.

Communication and transaction patterns become more complex. Bilateral contractual agreements become multilateral and unidirectional transaction flows become bidirectional, to an extent that existing IT infrastructure is no longer suited for the job.

As a communication and transaction medium the internet provides the ideal infrastructure for new decentralized technologies and the business models they are enabling. If it wasn’t as centralized as it is today with the big five platform providers controlling a giant share of the market. What is a widely discussed and highly disputed topic from a data protection and security perspective, becomes a show stopper for many players planning to transfer digital assets online.

Based on public/private key cryptography, prosumers gain ownership of their data and their digital assets, allowing for direct peer 2 peer transactions in a process we could call the democratization of the internet.

At Wien Energie, we are convinced that DLTs will not play a niche role but will have an impact (directly or indirectly) on all online business models by simply extending the functional toolset of the internet.

In this regard, we are not talking about a few isolated industries that will be influenced by this development but all companies who act and transact within the boundaries of the internet. As CIOs we are responsible for providing the technical foundations to help extending our companies’ existing products and services towards decentralized applications and for supporting the development of new business models in a democratic, prosumer first internet.