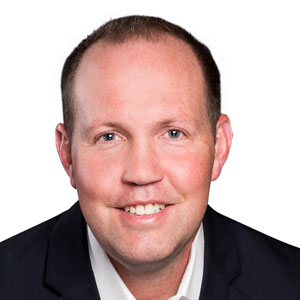 Morgan Slade, CEO
The world of stock trading has come a long way since its digitalization more than two decades ago. In fact, today’s trading realm masquerades as a giant machine with the evolution of the intricate components that are perhaps beyond human wit to comprehend in entirety. As such, data analytics along with novel technologies such as machine learning have become driving forces on the trading floor. This has in the recent past, spurred the rise of a new breed of traders, ones that leverage algorithms to dictate the very automation of trading instances. “Algorithmic trading” as it is known, comes with benefits such as lower cost of trading, a quantitative forecast of future stock trends, and a more objective valuation of stock to name a few. In short, algo-trading is where the compass is pointing toward, and this is precisely where CloudQuant has positioned itself.

“Our tools can work on high-frequency microsecond-level tick data, and it gives users the ability to research with capabilities that were once monopolized by large investment banks and hedge funds. With CloudQuant, anybody with an internet connection can achieve such powerful research abilities, and get economic opportunities that were once only afforded the privileged tier,” says Morgan Slade, the CEO of CloudQuant. The company’s platform essentially combines cloud computing, alternate datasets and crowd researchers, to ultimately generate value for their investors, while it also allows researchers to raise capital for themselves. CloudQuant’s fund management model enables researchers to license their ideas and algorithms to the company and eventually gain fund allocations.

CQ Lite, the simplified version of the company’s full-fledged backend-processing engine is designed to give users a “gentle introduction to CloudQuant” as Slade terms it. CQ Elite grants access to granular trading data of the U.S. stock market that dates all the way back to 2011. The platforms house robust reporting systems to analyze and monitor strategy progress, and its novel framework allows researchers to add distinct datasets together into a single research process. Be it sentiment datasets, earning estimate data or social market analytics. CloudQuant does not levy charges on a per-user basis, which comes as a huge relief for researchers from a cost standpoint; a simple free licensing agreement is all that is required.

Our tools can work on high-frequency microsecond-level tick data, and it gives users the ability to research with capabilities that were once monopolized by large investment banks

CloudQuant has no variable cost for having an additional number of crowd researchers on the team.

CloudQuant has also redefined the traditional trial-and-error approach to research that was time consuming given the preparatory backend processes that are involved. The company’s stance on facilitating research primarily encourages the inflow of creative ideas and expertise in predicting the direction of stocks, rather than making microstructures for the research. The company breaks the trading and investment process into three simple steps: the prediction step, risk allocation and portfolio construction, and finally, execution of the trade, which is modeled to precision by high frequency data.

The company employs data scientists who are experts at creating trade expressions. This makes it even easier for crowd researchers to plug into the company’s investment process and be part of their team. Furthermore, CloudQuant is in the process of powering up its platform with deep machine learning capabilities so that all researchers can easily get up and running with the technology. Crowd researchers hailing from more than 140 countries use CloudQuant’s solutions. “In the last five months we’ve allocated $72 million to five different strategists, and one of the strategists took only two to three weeks to get funded, from starting to write the code to completing the process of due-diligence and receiving funding from us,” concludes Slade. 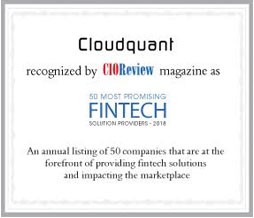 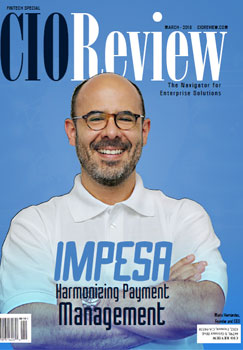