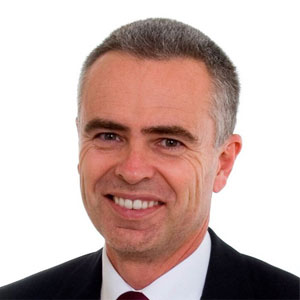 Colin Boyd has the distinction of being an IT leader who successfully deliveredtwo global business transformations.  His professional contributions include the formation of Sony Europe IT, consolidating multiple national European systems into a single European SAP platform.

Colin is currently the CIO at Joy Global where he is busy implementing big data platforms to support the transformation of Joy Global’s product offerings.

As an Initial member of the Sony executive team, Colin partnered with Ericsson to create the Sony Ericsson joint venture in 2001. As Corporate Vice President and CIO, he created an innovative, standalone IT organizationwith a global SAP platform. Within six years, revenue grew from $4 billion to $16billion with repayment of all parent company investments.

Prior to 2001, he was General Manager of IS Operations for Sony Europe, and held roles with British Telecomm, IBM and Logica.

Stepping into IT Mainstream with Advancement in Big Data and CDN
The Influence Of Big Data A content delivery network (CDN) is a system of distributed servers (network) that deliver web pages and other web content to a user based on the geographic locations of the user, the origin of the webpage and a content delivery server. “Ten years ago this would have been impossible, but today the advances made in Big Data and CDN...
IT Trends in the Mining Industry
The mining industry must be one of the most cyclical industries in the world, with supply and demand perpetually out of balance. And it is no secret that for the past few years the industry has been locked into a major “down cycle,” with commodity prices for virtually all metals and minerals at record low prices. “Today, miners are operating highly...

Staying Connected to Organizational Priorities is Vital for Innovation

Comprehensible Distribution of Training and Information to Proliferated Users