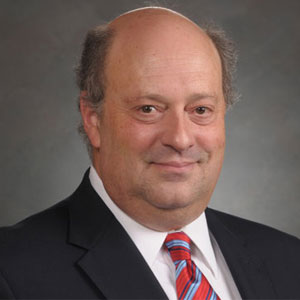 David Bessen joined Arapahoe County Government in December 2011 as the Director of Information Technology and CIO. At the County, he has established IT governance, created a bimodal IT operation, and developed pioneering ways of making government more efficient through the deployment of new technologies. Prior to joining the County, he was in the media (newspaper and website) industry where he served as Vice President and Chief Information Officer at MediaNews Group, the second largest newspaper chain in the U.S. (headquartered in Denver) and IT Director at Copley Newspapers in La Jolla. His responsibilities ranged from managing transactional systems for advertising and subscriptions, to ERP implementations, web content management systems, business intelligence, networking and DR/BCP.  David has also consulted in the publishing industry, as well as designed and managed projects for Fortune 350 firms.

David began his career in publishing technology as the founder of a small typesetting company specializing in academic journal publishing.In his former career, Dr. Bessen taught ancient, medieval and Renaissance history at several Midwestern colleges. His other interests include cooking, photography and hiking in the Rockies.

Tipping Siloes: Integrating Data and Streamlining Processes for Efficiency
A major obstacle facing the enterprises today is   the fragmentation of their data and databases.   The reasons for this are numerous, ranging   from un-integrated acquisitions to   particular departments seeking   a technology solution for their specific needs.   In the private and public sectors, this is...