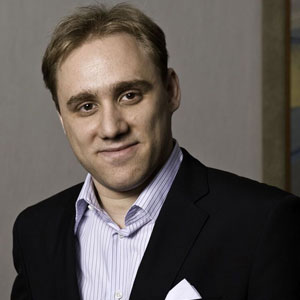 Dmitri Alperovitch is the Co-Founder and CTO of CrowdStrike Inc., leading its Intelligence, Technology and CrowdStrike Labs teams. Prior to founding CrowdStrike, Dmitri was a Vice President of Threat Research at McAfee, where he led company’s global Internet threat intelligence analysis and investigations.

In 2013, Alperovitch received the prestigious recognition of being selected as MIT Technology Review’s “Young Innovators under 35” (TR35), an award previously won by such technology luminaries as Larry Page and Sergey Brin, Mark Zuckerberg and Jonathan Ive. Alperovitch was named Foreign Policy Magazine’s Leading Global Thinker for 2013, an award shared with Secretary of State John Kerry, Elon Musk and Jeff Bezos. He was the recipient of the prestigious Federal 100 Award for his contributions to the federal information security in 2011 and recognized in 2013 as one Washingtonian’s Tech Titans for his accomplishments in the field of cybersecurity.

With more than a decade of experience in the field of information security, Alperovitch is an inventor of eighteen patented technologies and has conducted extensive research on reputation systems, spam detection, web security, public-key and identity-based cryptography, malware and intrusion detection and prevention. Alperovitch holds a master’s degree in Information Security and a bachelor’s degree in Computer Science, both from Georgia Institute of Technology.

Cloud-based Security: Future of the Industry?
At AppSec California 2015, Alex Stamos, formerly with Yahoo and now CSO at Facebook, gave a really interesting talk titled “AppSec is Eating Security.” Among the many insightful comments he made during the talk, one was particularly intriguing and extremely relevant to the threat landscape we see today. The video of the talk is available on YouTube and...