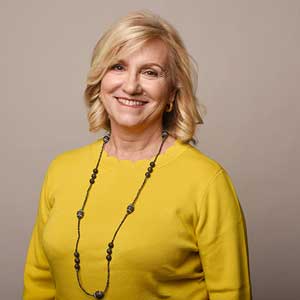 Nuria Simo is working as a CIO for the Inter-American Development Bank (IDB), she drives the strategic digitization of the Bank’s processes and operations to ensure the organization continues to improve the lives of the citizens of Latin America and the Caribbean. Before joining the IDB, she worked on global ERP implementations, infrastructure consolidations, and organizational transformations for 15 years at Cargill Inc. in Spain, USA, and the United Kingdom.

Her previous experience as CIO includes the Flavors and Fragrances Business Unit of ICI in The Netherlands for five years, where she consolidated and globalized the IT function, implemented SAP and renovated the infrastructure. Later, she became Corporate CIO for the European Aeronautics, Defense and Space (EADS) based in Germany, where lived for three years, and directed the first phase of the Shared Services initiative.

Previously, Nuria worked in Friesl and campina, the third largest dairy company in the world, where she led the IT function after the merger and created one global IT function. During this period, she launched a major ERP and BI program, and renovated and consolidated infrastructures. At the end of 2011, she went back to Spain to take the CIO role at Campofrio Food Group (European Food Processed Meat Company). During this time, Simo delivered an ERP and Business Intelligence program which implemented one template in 6 countries and, at the same time, consolidated the IT function from 6 countries into one global IT team.

Bringing Greater Efficiency To The International Development Sector
For a long time, the public sector has been perceived as bureaucratic, and resistant to change. Moreover, it is surrounded by private sector organizations that are able to deliver results and measure their performance faster and more clearly. But this is definitely changing. The opportunity to be part of this change process inspired me to take on the CIO role at the...