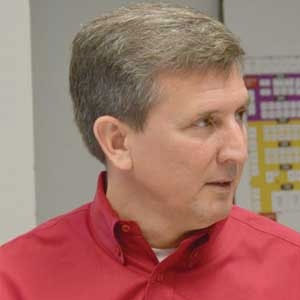 Philip Stevens is an Executive VP & the CIO for the Army & Air Force Exchange Service (Exchange).

Mr. Stevens was born in Cincinnati. He came to the Exchange in 2013 from Scintel Technologies in Atlanta, where he was the Chief Information Officer and Corporate Advisor from 2009 - 2013. There he developed and managed Scintel's systems as well as designing solutions for customers in the retail, financial, and medical industries.

Prior to that, Mr. Stevens was the CIO for Education Finance Partners in Austin, Texas, which was the fourth largest originator of private student loans in the U.S.

Mr. Stevens also was Senior Vice President for Infrastructure and Operations with Macy's Systems Technology in Atlanta. He led Technology Operations for Macy's, Bloomingdales, Macys.com and all support divisions. He was named Executive Vice President at the Exchange in March 2014.

Mr. Stevens began his professional career as an Air Force officer, serving at Tyndall Air Force Base and in the Defense Information Systems Agency at the Pentagon.

Mr. Stevens earned a Master of Science in Information Technology from the Florida Institute of Technology; he also earned a Bachelor of Science degree in Computer Science from Purdue University

Retail's Evolving Facets
Solutions for Data Security Given the number of breaches announced by banks, technology companies, manufacturers and retailers, it is clear that information security is a big challenge—and technology is both part of the problem and part of the solution. In the retail segment, customers’ payment data is some of the most sensitive information that requires...