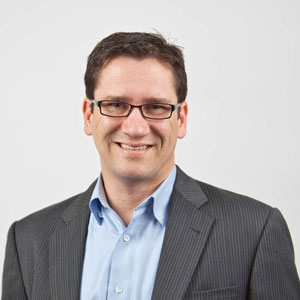 Waco began his employment with STPNOC, Inc. in January 2011. Prior to his role at STP Nuclear, he served as a senior leader at CenturyLink, Inc. During his near 16 years at CenturyLink, he served in roles of increasing responsibility and was placed on an executive-sponsored “management fast track” program early in his career

Upon arriving at STP, Waco has built lasting relationships with personnel and employees at all levels in the organization from the CEO to the front-line employees in part by engaging first-hand in field operations seeking to understand existing pain points. Confidential surveys continue to indicate the company now recognizes tremendous value in IT.

Waco’s responsibilities have continually grown. He has taken on the responsibilities for Nuclear Records Management, Document Control, Technical Support Services and Administration. He now has accountabilities for roughly 100 employees and $16 to $18 million in O&M and Capital in aggregate.

Waco has served on non-profit Boards of Directors and has worked with the US Judicial System advocating for abused and neglected children. He serves on the Boards of Directors for the Electric Utilities Cost Group and WiseWear, Inc. Waco has a degree in Business Administration, and in 2012 began work on his MBA. In 2014 he graduated in the top 10% of his class with his MBA from the

University of Texas at Austin, McCombs School of Business, one of the country’s leading business schools. His focus while in the program was Finance and Strategic Management.

Think Your Organization Can't Do "Cloud": Think "CAN DO" instead!
With Cloud Technologies such as PaaS and SaaS being all the rage most people would assume everyone is jumping on the bandwagon—many are, but many are not. And although there are economically sound business cases to support the move from traditional environments not to mention the strategic, long-term benefits of such moves, many IT shops are still defending their...