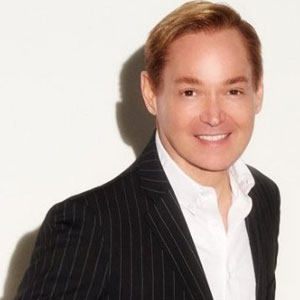 Zack Hicks is Chief Information Officer and Group Vice President of Toyota Motor North America. He is responsible for the strategy, development and operations of all systems and technology that support Toyota’s North American business goals. Hicks is also a member of the North American Management Committee and chairs the Executive Steering Committee.

Hicks facilitated the implementation of cloud-based collaboration tools for Toyota employees in North America, accelerating communication across the company. He also enabled the development of a Social Media Analytics platform that allows Toyota to capture the voice of the customer and intimately connect with them.

Prior to joining Toyota in 1996, Hicks spent 10 years with United Airlines working on retail automation and online reservation systems. Hicks earned his bachelor’s degree in business management from Pepperdine University and his MBA from the University of California, Irvine.

Hicks has been named by CIO Magazine as Ones to Watch, was awarded a position on CIO Magazine’s CIO 100 list, was one of the top 10 Global Breakaway CIO Leaders by Evanta/CIO Leadership Network, and was named a Premier 100 IT Leader by Computerworld. He also received Pepperdine’s Distinguished Alumnus Award at the Graziadio School of Business and Management. He is an active member of the CIO Strategy Exchange, Corporate Executive Board for Chief Information Officers, CIO Leadership Network, Trevor Project Board of Directors and Research Board. Formerly, Hicks served as vice chairperson of the UCLA IS Associates and was active with the March of Dimes Foundation.