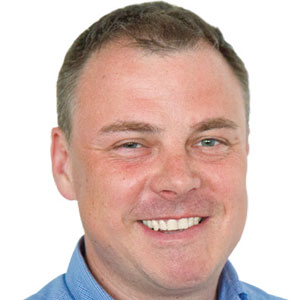 Peter Martiš, Products and Channels Director
Biometric authentication has become the ‘talk of the town’ today as it serves various industries to enhance the security of an individual or organization’s data and credentials. During the past decade, it emerged as the ‘go-to security feature’ in most smartphones and handheld computational devices, allowing application developers to safeguard numerous datasets using the hardware already available on these gadgets. Innovatrics, a company based in Central Europe, showcases the true potential of biometric authentication by providing a toolkit for digital onboarding for mobile applications.

Founded in 2004, Innovatrics has been a trailblazer in the biometric landscape, developing one of the best performing automated fingerprint identification systems (AFIS) in the world and further specializing in facial and iris recognition technology. The company’s flagship offering—AFIS—provides a large-scale, easy to integrate, standard-compliant, and high-performance biometric identity management solution, highly regarded by system integrators and solution providers. With interest growing in multimodal solutions involving face and iris verification, Innovatrics has recently introduced DOT which allows existing or newer applications to implement a biometric engine and leverage identity authentication functionalities. DOT enables banks, financial institutions, and government organizations to onboard new customers without summoning them to their brick and mortar infrastructure, enabling remote enrollment or registration for various operations and services. “It is like registering your identity with a selfie. DOT greatly simplifies customer onboarding utilizing AI-powered OCR and facial biometrics, enhancing the security of the process,” says Peter Martiš, Products and Channels Director at Innovatrics.

DOT eases the process of onboarding customers with two simple steps: scanning the identification document and matching it with a photograph of the person.

The Optical Character Recognition (OCR) module of DOT allows customers to scan their ID cards and recognizes the characters present in the document, irrespective of the angle at which photo is taken. This is something traditional OCRs fail to achieve. After scanning the ID card, the application prompts the customer for a selfie, where he or she is instructed to follow patterns on the screen with eyeball movements, thereby checking “liveness” of the individual in the frame. Using machine learning, the application then matches the selfie with the photograph on the ID card to complete the required KYC processes for customer onboarding.

This liveness feature also functions as an authenticator of logins and presence detection for various mobile applications. The login feature allows customers to access an application using their face for authentication while the presence detection controls the information displayed on the screen depending on whether the user is looking at the phone or not. If the user is not looking at the phone, the application automatically blurs the information displayed on the screen. Such features have opened the door to multiple industries, allowing Innovatrics to deploy biometric solutions across malls, airports, transportation sectors, mobile devices, and financial institutions.

The banking sector has been a recurring beneficiary of such applications. One of the largest retail banks in South Africa was on a quest toward digitalization with the aim of onboarding 10,000 new customers every month. With Innovatrics’ DOT, the bank rolled out its remote onboarding feature to customers through mobile phones, tablets, and self-service kiosks. This advancement allowed them to reduce staff and deploy kiosks that act as a single point of enrollment, avoiding the hassle of customers spending time with bank employees. The pilot program witnessed a huge uptake, reaching the bank’s targets sooner than expected. “These advantages can be extended to telecom operators issuing SIM cards, election registration, and various identity profiling applications,” adds Martiš. 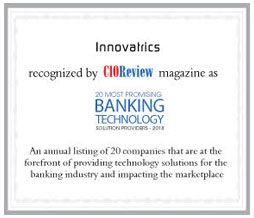 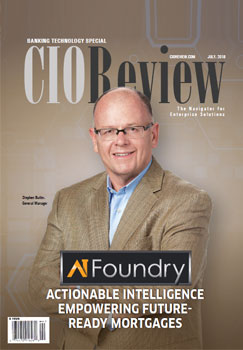