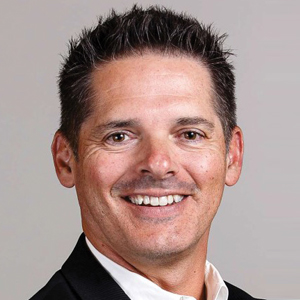 Jon Damush CEO
Traditionally in aviation, pilots are held responsible for the safe operations of a flight. They provide the last line of defense in avoiding collision with other aircraft. No wonder many countries have codified into their regulations that the pilot is ultimately liable for safe handling of a flight. However, with the advent of autonomous aircraft/drones, there’s no longer a pilot in the cockpit, and hence no eyeball-brain combination onboard for the last line of defense. As the unpiloted flying systems fail to satisfy the requirement to detect and avoid other aircraft, the national airspace cannot accept them. Iris Automation, a safety avionics technology company, resolves this challenge through computer vision and an AI-based system that replicates the job of the human pilot by detecting and avoiding other aircraft using visual information. “Ours is the first-ever AI application that works in the real world on an aircraft during flight that’s getting bounced around in the air because of turbulence and wind,” says Jon Damush, CEO of Iris Automation.

The AI system of Iris Automation helps classify the specific types of movers in the air route, such as a helicopter or a twin-engine plane. Further, it can calculate the distance from the target based on the geometry of the cameras. Damush remarks, “We can integrate our systems into unpiloted aircrafts of any size to detect and avoid collision with other aircrafts.”

Iris Automation rightly comprehends the acronym DAA as Detection, Alert, and Avoid, and not just Detect and Avoid as many competitors do. For the detection part, which Damush considers to be the company’s primary focus, Iris Automation uses cameras, AI algorithms, and sensor systems that detect and classify objects as far, accurate, and fast as possible. In the case of alert and avoid, some in-depth knowledge of the aircraft systems and how the end-user plans to operate the aircraft remains crucial. Hence, Iris Automation addresses these parts of the challenge in collaboration with the customers and understanding their needs, as each of them would use different aircraft for their mission. To perform the alert and avoid functions seamlessly, the company has built a product, Casia, that integrates with autopilots and other onboard technologies.

Damush remarks that many competitors of Iris Automation struggle to satisfy regulators regarding safe flight without any mid-air collisions and procure a beyond visual line of sight (BVLOS) flight approval. On the other hand, Iris Automation builds large scale commercial BVLOS operations by working with two types of customers – aircraft manufacturers and operators. In the case of aircraft manufacturers, who are building new types of unpiloted systems, the company collaborates in their design cycle and integrates the computer vision into the aircraft. When it comes to the operators, the company enables them to meet the requirement for safe operation. Damush notes, “The presence of our system enables them to represent a higher order safety case, as our system is a fundamental safety element in the air risk part of the equation.”

Having proven that the technology works in the real world, Iris Automation invests heavily in product development. The company has further plans to increase the system’s range and train the AI to steadily add new types of objects to detect, track, and classify properly. It is also looking to miniaturize the Size, Weight, and Power (SWaP), as anything that goes into the design of an airplane that needs SWaP takes it away from the payload that is the purpose of the flight. Iris Automation has also got plans for the following year to improve capabilities as per customers’ needs.

Description
As many organizations struggle to get a beyond visual line of sight (BVLOS) flight approval, for they could not satisfy their regulator safely without any mid-air collisions, Iris Automation enables its customers to build scalable BVLOS operations. To bring these large scale commercial operations in BVLOS into practice, the company works with two types of customer – aircraft manufacturers and operators 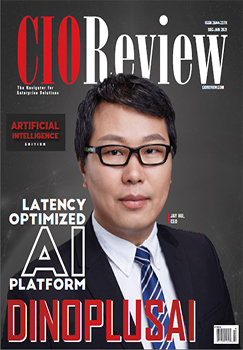