Edmundo Casas, CEO USA and Founder
“Success consists of going from failure to failure without loss of enthusiasm.” This statement by Winston Churchill rings true for Edmundo Casas, the Founder of Kauel. Evoked by his passion for innovation and technology, Casas first stepped foot into the image processing arena at the time when he was just a graduate in Electronic Engineering. His journey started with selling equipment for the school’s physics laboratories. He prepared ten watts of power boxes that equaled one-hundredth of the 745.5 watts of a Horse Power and decided to name his startup Colt Power Ideas. Little did he realize that his then startup project would soon scale to become one of the fastest-growing companies and the epicenter of the industry 4.0 in Chile and Latin America, under the banner of Kauel. Soon the company’s Kinect Technology was awarded the President of the Republic Award as the most innovative development in 2012. This paved the way for its strategic position as the core of innovation, technology, and entrepreneurship in the country. As Kauel gained more recognition, it decided to traverse on a new path, focusing on other industries, including power supply, oil, mining, retail, and healthcare.

In its ventures into newer territories, Kauel keenly observed how its primary clients in the energy sector were constantly struggling with budgetary and safety issues for their workers and communities at large. This called for the incorporation of technology that reduced the number of working hours in risky conditions and increased the possibility of reduced costs in their processes. In essence, Kauel took up the baton to increase the productivity of its clients by allowing them to efficiently inspect asset operations and improve the safety condition of their employees by leveraging AI technology in image processing. “We are a leader in artificial intelligence applied to images, the so called artificial vision, which combined with the Industry 4.0 tools we also work on such as VR, AR, Slam, IoT, enable us to solve exciting problems for different industries and have given us huge advantage translated to our growth in the last few years as a company” states Casas.

Kauel has specialized in image processing for over 14 years. When the ability to incorporate artificial intelligence became a reality in 2012, thanks to new hardware capabilities on the market, the control on food processing companies and monitor transmission lines doing their vegetation management, among others. With this specialization, the company helps clients conduct several such inspections, enriching its databases and facilitating further training of its AI models. “We are experts at looking, identifying, and alerting our clients. Our AI can learn anything from objects to patterns with supervised training methods that ensure an assertiveness rate of over 99.6 percent,” adds Casas.

Kauel has become a leader in artificial intelligence applied to images, and our vision as a company is to keep on creating amazing solutions with our technology to make a better world for the people by taking care of the environment, starting from the high impact industries

Apart from its AI machines, Kauel also delivers AR/VR capabilities to its clients. The rise of this technology is majorly due to the need for companies in small markets in Chile and Latin America to diversify and create different solutions. This is facilitated by the education module that incorporates AR/VR. It is mostly adopted by universities who wish to recreate their curriculum in different areas of health and student welfare. This module is also used by some of Kauel’s industrial clients for training purposes and creating 3D models for electric plants to instruct workers on their first day at work. The AR/VR training module helps significantly reduce the risk while assisting clients in expanding their outreach to cater to multiple markets.

One instance that showcases Kauel’s success is its engagement with Enel’s energy company to facilitate linear asset management. Enel is the 73rd largest company in the world and has utilized Kauel’s Artificial Vision to monitor its medium voltage distribution lines. They detected failures in insulators and crossheads and excess temperature in the connections. This collaboration enabled the client to reduce their inspection times in the city by 75 percent and helped plan maintenance more efficiently.

Kauel has a unique focus on highly specialized image processing and competitive advantage of years of dataset building with over one million miles flown accumulated currently. The company has truly established itself in the Chilean and Latin American markets as one of the pioneers of technology and innovation. After expanding within Latin America at a rate of 1 to 20 clients with a combined EBIDTA of 3.6 billion, in two years, the company is now looking to expand into the U.S market, starting in Texas and California. “We wish to bring a business mindset with a humanitarian touch by preventing critical hazards with its advanced AI capabilities in image processing,” concludes Casas. 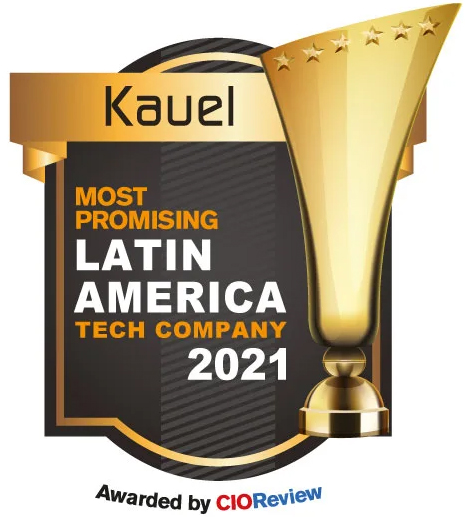 Description
Kauel has specialized in image processing for over 14 years. When the ability to incorporate artificial intelligence became a reality in 2012, thanks to new hardware capabilities on the market, the company emphasized computer vision by applying its own math and algorithms to train its artificial intelligence machines. Kauel is currently using Artificial Vision in several industries to run aerial inspections for oil and gas companies, count and classify products on production and logistics companies, do quality control on food processing companies and monitor transmission lines doing their vegetation management, among others 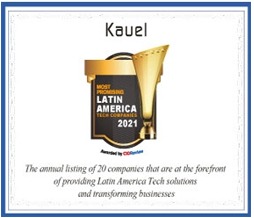 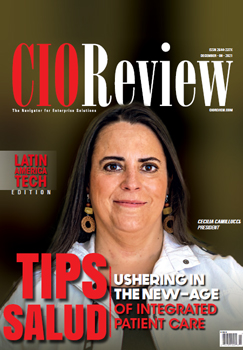