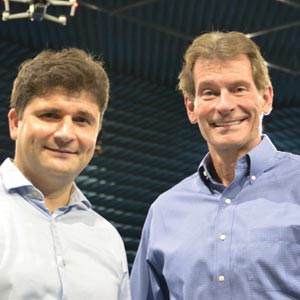 Greg Waters, Founder "It is possible to fly without motors, but not without knowledge and skill." - Wilbur Wright

On December 17, 1903, Wilbur and Orville Wright accomplished a feat that no human had achieved before. The first heavier-than-air machine (the Wright Flyer) they flew over the beach at Kitty Hawk, North Carolina, ushered in the age of aviation! Aircraft designs and technology have evolved drastically since then, taking into consideration the changing trends and demands.

Today, the agenda has moved beyond merely aerial transportation towards the use of different aircraft and drones to collect, inspect, and monitor data from physical locations and geographies, without an actual person piloting the machine from within. In this new era of 'unmanned' aviation, autonomous drones and vehicles are the next big thing—and for a good reason.

With the potential to enable tremendous societal benefits through increased safety and improved transportation, drones and UAVs reduce the inefficiency and error associated with human labor. Companies are using drones to conduct routine maintenance, oversee safe and secure operations, ensure business continuity after severe weather and other incidents, and maintain compliance, among many others.

Although this industry is relatively young, it has garnered significant interest due to its rapidly expanding applications in commercial, scientific, recreational, and other civil areas. However, there is one major challenge that's keeping this 50 billion a year industry from going mainstream - The dependency on skilled pilots.

Since that first flight by the Wright brothers, there has always been the need for a skilled pilot in each flight. In fact, despite the advances in hardware and software—including artificial intelligence and sensors—that made flights and drones smarter, these machines still require a skilled pilot.

MatrixSpace—a tech pioneer in the UAV space—is here to change that, by bringing autonomous flight to everyone in a way never imagined before.

"Most companies that are working on autonomous vehicles or flight are seeking to build a smarter drone or a smarter car. Our approach is very different. We're doing that too, but we distribute the artificial intelligence to all members of the system, and they talk to each other," says Greg Waters, who co-founded MatrixSpace along with Dr. Jose Martinez Lorenzo.

MatrixSpace is re-inventing the way people work with drones, ground robots, and autonomous vehicles. Their autonomous flight system is designed to allow people, sensors, drones, vehicles, and more to add to the system intelligence - it's less like a person controlling a drone and more like how a group of people would work together.

We distribute the artificial intelligenceto all members of the system,and they talk to each other

The company's technology creates a secure communication and radar network for any number of drones, sensors, ground vehicles, and human users and distributes the artificial intelligence among all smart machines and people using the system, enabling a high level of autonomous operation.

In a way, MatrixSpace is leveling the playing field by delivering an AI system that allows a person or persons to control large groups of autonomous drones, sensors, or robots without the complex skills required to operate them. "If you can use a smartphone, you can learn our system very quickly," says Waters. People can spend a day to learn our system—it's that simple. "Think about it as going from a 1:1 relationship of skilled pilots flying machines to one to many, or many to many," says Waters.

In a real-world context, MatrixSpace's systems allow people to easily control large groups of autonomous drones, sensors, or robots to cooperate and perform complex tasks, such as following multiple objects, creating secure perimeters, and inspecting large construction sites, or finding and lifting heavy objects. Rather than a single person controlling a single drone, robot, or vehicle, they can assign high-level tasks to entire groups of autonomous drones, and they can carry out these tasks largely on their own. The ability for a person to use high-level commands such as "find this object," or "inspect for defects," or "identify safety issues" dramatically improves the safety, accuracy, and speed of operations. MatrixSpace's distributed AI is smarter and recognizes "ground truth" quicker and better than other approaches. It's similar to why we see better with two eyes than one, only now there may be dozens or hundreds of sensing elements.

"We know the leading customers seeking autonomous flight solutions and we listen to them. Our technology integrates well with customers' installed base, and likewise, we can integrate new complimentary technology from other innovators. Even though their end application requirements differ, there are strong common requirements that emerge, and those are the problems that we formed MatrixSpace to address," says Waters.

A great majority of existing industries can leverage MatrixSpace's autonomous flight applications to extend their existing business models. For example, building and site inspections can now be conducted quickly, safely, and more accurately than before, improving public safety and construction efficiency. First responders can use pre-positioned smart drones to fly to an area of interest and provide valuable intelligence well before they arrive on the scene. Insurance companies can conduct detailed inspections to help assess risks and the status of what they are about to insure. Agriculture can use intelligent drone swarms to tell farm machinery exactly where to fertilize or where insects are causing problems.

Further, drones can build secure perimeters with superior detecting capabilities compared to a person. It can increase the safety of military and public officials and move rapidly when needed.

These are all very large industries with hundreds of billions of dollars of annual expenditure, and all of them now have a powerful solution at their disposal.

MatrixSpace has two primary product lines and go-to-market models. The first is a unique secure RF mesh network for drones, robots, or any other autonomous equipment, delivered in a small, lightweight module. MatixSpace has developed this solution, dubbed DopplerSpace, after recognizing the need to create a secure network that can integrate information from multiple vendors. The company sells this equipment (a component module + software model) to any qualified maker of autonomous equipment. 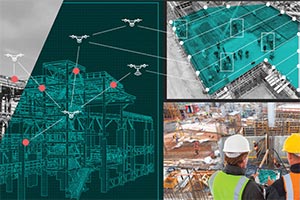 The second product is the Autonomous Drone System that includes the DopplerSpace RF mesh network and radar and the highly capable Autonomous Swarm AI system. It has an intuitive user interface, typically an Android tablet and a simulation capability so that new tasks and missions can be simulated with actual ground conditions before even attempting them.

"We distribute the artificial intelligence to all members of the system, and they talk to each other"

"We have a different vision of how to bring autonomy to any industry that wants it, and how to make use of that technology much easier and more affordable," says Waters. For example, consider the impact of MatrixSpace's approach in the defense and commercial UAV industry. Smart machines become extensions of supervisors or mission specialists, who can perform required tasks quicker, with more capability, and often much more safely. "This is less about creating a new drone industry; it is about using drones to extend the business models of existing industries," Waters adds. 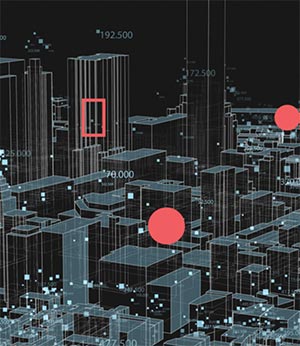 MatrixSpace has already made several technology deliveries to defense and government users. In addition, the company is expanding its customer base into enterprise customers in 2022. "Autonomous flight will be a larger market than autonomous vehicles, since most of us can drive but none of us can fly," says Waters. The market for enterprise and defense drones is already over $50b per year, and MatrixSpace expects this market to grow rapidly over the next decade. "We're out to become the leader in autonomous flight. What our AI approach does is so novel that while we're going to focus on intelligent flying machines initially, our AI technology represents the future of how we connect people and smart machines. This will have impact far beyond autonomous flight," Waters concludes. 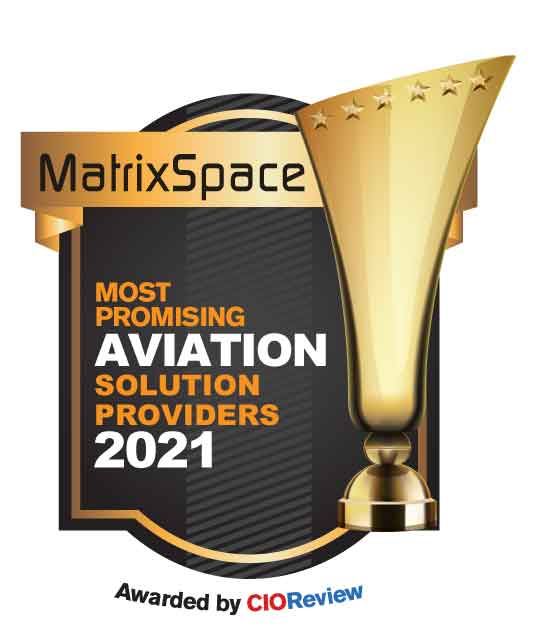 Description
MatrixSpace is re-inventing the way people work with smart drones, ground robots, and autonomous vehicles. The company's technology creates a secure communication and radar network for any number of drones, sensors, ground vehicles, and human users and distributes the artificial intelligence among all the smart machines and people using the system, enabling a high level of autonomous operation 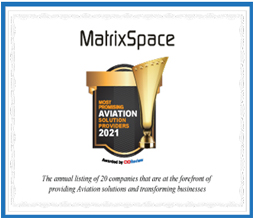 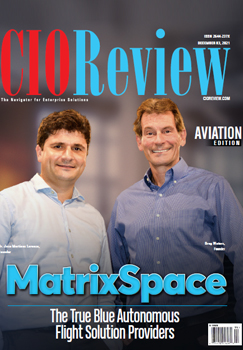