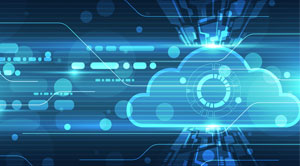 5G affects the development of AR applications and general mobile usage, and the cloud adds value to the entire AR industry.

FREMONT, CA: Every new cellular technology has laid the foundation for unparalleled portable experience and facilities. While some consumers expected portable alternatives, the correct mix of scientific research, technology, and advertising testing has led others to come up suddenly.

5G is the latest cellular iteration designed to speed up and respond to wireless networks significantly. With 5G, information transferred over WLAN broadband links may be estimated at prices up to 20 Gbps – over wireline network, speeds-and deliver 1 m or reduced latency for real-time input applications. In addition, with more bandwidth and advanced antenna technology, 5G will significantly improve the number of information transmissions via a wireless system.

However, 5G seems to be more transformative than most in terms of augmented reality. 5G can prove instrumental in augmented reality, which finally hits the mainstream.  5G technologies will provide benefits for the AR space, such as improved mobile bandwidth with higher bandwidth, reduced delays in the app's performance, and 100 fold traffic capacity improvements compared to 4G connectivity.

How will 5G Affect Mobile Applications?

Smartphones can be used in an ultra-light and comfortable AR lenses as a highly efficient mobile computing module. In this situation, glasses are going to substitute good Bluetooth headsets in some way, an industry that in previous years has decreased considerably.

Increased data transmission speeds will alleviate annoying loads. As a result, many consumers in their navigation and game apps deactivate enhanced reality mode. The same applies to the loading of dynamic, often glitch 3G and 4G width pictures.

The absence of free space in smartphone memory no longer poses a problem for users. A great deal of work will be carried out here with new algorithms to store rich media data, but fast and stable mobile communication will allow more content to be stored in the cloud.

Finally, applications in augmented reality won't have the same appetite for battery absorption, as many computations on the servers are made to free-on-board processors. The latter may be less critical for Apple products, whose philosophy is the optimization of computing on the terminal. Optimization of 5 G devices such as modems for portable electronics will also reduce charging usage.

Mobile apps offer even better than devices when it comes to 5G. Note that not all apps involve the excellent performance of cloud information sources. Applications that do not include massive data processing or that need an enhanced response rate may even be detrimental by using the cloud.

However, a range of apps is available in which stable Internet connectivity is crucial in seamless results. This refers in the first place to alternatives that leverage navigation and significant volumes of information such as 3D models, replacing 2D material gradually. Geolocation games like Pokemon Go, as well as AR IT solutions such as browsers and content distribution platforms, will be strongly enhanced by 5G. The following verticals and features in the increased reality globe will be supposed to take these platforms: navigation and location, marketing, advertising and retail (specifically FMCG), etc.

Two critical advantages of 5G will be available to AR platforms: convenience and reliability. The combination of these will have a direct impact on the user wishing to jump on the AR car and join the game. There can also be a multi-stage mechanism: if a semi-autonomous application has downtime, it doesn't switch off but performs with restricted tasks. Artificial Intelligence devices can operate in the same manner. To decrease data transmission delays in real-time activity, 5G must help to reduce them. The acceleration and extension of the channel will enhance computer graphics and boost concurrently calculated variables.

As a new mobile standard, 5G promises to raise mobile Internet capacity to 20 Gbps to ensure stability, efficiency and flexibility. At the same time, augmented reality has succeeded in breaking the abyss of distrust into which raw technologies plunge. It is now an integral part of Android, iOS and Windows. The majority of functional characteristics will take a few years to polish and refine them and guarantee unprecedented UX. Companies that begin early investment in R&D are probable to gain a competitive edge once the demand for AR alternatives has strengthened in all branches and fields.