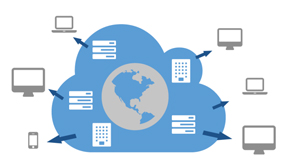 The rise of 5G has already left the users in speculation, the media and entertainment industries in entanglement, and developers clicking away to deliver. The traditional players have started applying the 5G technology to streamline their workflows, create integration across production facilities, and change how the content is created, stored, and delivered to the consumers. Although, it is highly unlikely that the latest technology companies will co-operate with traditional production houses.

Cloud-based gaming is set to obtain extra attention as 5G technology introduces high speed and low lag times, which provides transmission of vast amounts of data in minimum latency. With the 5G technology, the processing is carried out at a centralized server and transmitted seamlessly for the optimal gaming experience.

Recently, OTT TV received little response as its working was dependent on a hard-wired internet connection, for which the users relied on cable operators allowing them to hold on tight to their roles. With the wireless 5G speeds, more people will be able to stream OTT TV using only a data plan, avoiding any involvement of the cable operators.

5G technology’s most prodigious impacts will be enabling new experiences via technologies like Virtual reality (VR) and Augmented Reality (AR) making them indistinguishable from real-life activities.

VR will show the latency improvements in 5G technology, wherein the latency will be less than 5ms, allowing streaming of VR to jump over the threshold. The 5G technology with its features enables realistic touch component in VR experience, opening new monetization cycles for existing intellectual content. VR is a flourishing sector in the entertainment technology industry, encouraging an integrated development of capabilities in the future.

AR is fundamentally dependent on 5G technologies to communicate with the IoT devices, information sources and overlays real-time content to the player, providing a truly immersive experience that supplements the real world.  With the dawn of 5G, the prospects for content developers are massive, presenting new challenges in the recreation of real-world objects for the user to interact.