5G will Augment the AR and VR Experiences 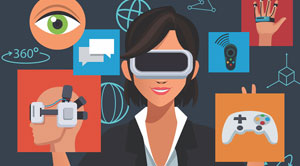 There is an excellent reason to be positive about 5G as it can support several uses cases such as shorter download and setup times, real-time rendering for immersive video, and extension of online shopping experiences.

FREMONT, CA: Based on Ericsson’s ConsumerLab mammoth report, there is a strong consumer inclination for 5G network connectivity. The study was carried over 22 countries that included 35,000 participants. The purpose of the study was to dispel some of the key myths surrounding 5G, such as:

•    It doesn’t have near-term consumer benefits

•    There is no significant application for 5G

•    Smartphone comprises the only platform for 5G

Thus it’s essential to fill the records based on facts rather than myths because increasingly, a polarized field of opinions has resulted from the lack of clarity over the issue. The above myths are baseless as evident from the study, which also suggests that the consumers are eager to experience the next-generation of mobility.

Almost two-thirds of Ericcson’s participants were willing to pay for the additional features they will get along with the 5G services that are expected to go public within two to three years. Early adopters reported a willingness to pay as much as 32 percent more for the 5G service as compared to 4G. However, on average, smartphone users were willing to pay a premium of 20 percent if new functionality is there in the 5G plan.

As 5G services are rolled out, there will be a significant increase in video consumption along with higher resolutions. Indeed the study suggests that one out of five smartphone users will consume more than 200 GB of data per month by 2025, and the majority of those experiences will result from immersive experiences.

Moreover, with computer games, AR and VR are already popular and will have a significant share in terms of bandwidth and demands as compared to the streaming services of today. The current mobile networks are not capable enough to meet the requirements for such an immersive experience.