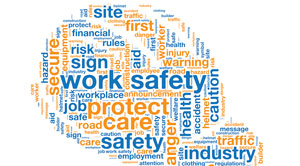 Technology has stepped its foot in almost all the industries. How are firefighters going to get benefitted from it?

FREMONT, CA: Today, intelligent technologies are being implemented like mixed reality, artificial intelligence, or autonomous vehicles that no one could have ever anticipated a decade ago. As firefighting ventures are deploying more of these sorts of advances, many other innovations like big data, biotelemetry, 360 videos, facial recognition software, and more have begun to advance into this field.

The incorporation of these technologies allows firefighters to improve their operations, from pre-planning to disaster response to post-event monitoring. Nonetheless, the technology's adoption is based on its utility and intuitive interfaces that allow smooth incorporation into current operations. For example, an application such as Scott Connect Monitor automatically gathers air management data from an incident commander easily and brings details to the hands of the IC instantly.

Following are some of the innovations that have the potential to transform the way firefighters do their work.

In the future, AI will provide real-time traffic monitoring of closest time dispatches, object recognition by computer vision, thus warning the inside crews about imminent flash-over and backdraft environment built on computational computing based on physics.

Air programmable and on-the-ground vehicles will transport first responders and equipment before, during, and after the incident to eliminate collisions caused by human error. Such wheeled and winged vehicles will also play an important role in allocating and transmitting information to respondents via remote sensing technologies, GPS, and 3D 360 degree imagery capabilities.

This technology already assists law enforcement in providing citizens with protection. In the coming years, fire and medical staff will use this version of the software to allow a respondent to be mindful of the name, blood connection, diagnosis permission, and medical history of the concerned patient.

4. The Internet of Things and Big data (IoT/BD)

Respondents will be provided with sophisticated situational awareness programs that will utilize multiple data sets together with the IoT and multi-sensor integration that will have precautionary advantages for both personal emergency and potential sufferers. In these emerging platforms, IoT / BD will continue to be the area in which network safety is a recognized and critical issue.

In addition to the heart rate, biometry will also contribute to the awareness of a firefighter's lactate rates, which will inform the supervisors of the inner crew's functions. Advanced biotelemetry will help to keep the responders safer in the IDLH environment, combined with the currently connected staff supervision and air management.

The aim is to improve the learning of participants, citizenship education, and emergency response through these developing platforms. In the near future, children will learn to pause, drop, and roll in VR through digital scent and haptic touch. Using technology developed for the gaming industry, which is leveraged for immediate visual awareness in a visually immersive ambiance, respondents can mitigate real as well as imagined emergencies.

Many systems have been built by individuals (NASA) as well as private groups that facilitate firefighters in-facepiece vision, providing contrasted and digitized edge identification in addition to thermal imaging. These modern systems allow on-board object recognition to transmit warnings to the unaware firefighters and inform that roof and floor assemblies will inevitably collapse.

These sorts of cameras are used underneath the water, in the sky, and starting from the ground. Such cameras can educate residents and respondents in a variety of areas, including fire safety and life. They provide real-time visual displays via social media, allowing responders to mentally grasp active shooter, flood, fire, and collapse events before arrival.

Based on the above technologies, firefighters are certain to have a bright future ahead of them. Scientists are still looking for and will continue to look for technologies to improve the performance of firefighters as well as their safety.