A Dive into the Gaming Industry with Blockchain

A Dive into the Gaming Industry with Blockchain 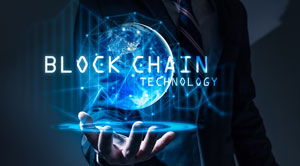 With blockchain technology, gaming firms have their terms of the agreement confirmed through smart contracts, permitting allegiance to be increased across all interlinked titles.

FREMONT, CA: Oftentimes, the developers of software applications that concentrate on computer games fail to fathom the vulnerabilities of safety protocols. Specializing in detailing, functioning, graphics, frames, delivery, and rendering, the developers, seems to handle the safety with a light hand. Furthermore, with an artistic parameter on one hand security protocol on the other, the video game developers are left with a dilemma of functional difficulties. The idea to focus on the firewall by compromising the aesthetic value makes the decision more reluctant.

However, with developing time, shock waves of change have begun to spread across the $108.9 billion video gaming enterprise. Introduction to Blockchain technology has reshaped the foundational base of the gaming industry. With the integration of encrypted ledger technology, increased security, as well as unique possibilities and incentives, are achieved from the perspective of the user.

Furthermore, the advances in blockchain technology are gaining momentum from both large technology firms, which is later enhancing and financing for startups.

While so far we've concentrated on how blockchain technology supports cryptocurrencies like Bitcoin and where it can achieve significant deployments in both the personal and public sectors, however, the extensive understanding of ledger technology in terms of security for the game is yet to be fully understood by ordinary people. Being able to dismantle the massive-scale database, the functionality and the potential of the blockchain technology remains an uncovered mystery for the console loving geeks.

Incorruptible and distributed method of creating a digital ledger make the blockchain technology a perfect fit for the sensitive atmosphere of the games software.

Presently, the development of blockchain technology has come to a point whereby playing the game and completing various tasks; players can earn and spend cryptocurrency on numerous advances in the game. More often than not, early attempts were closely linked to cryptocurrencies, with several early matches allowing players to gain and invest bitcoin.

While development continued, it wasn't until early 2017 that the public, in general, began to pay attention to cryptocurrency gaming with the advent of CryptoKitties. CryptoKitties ' primary objective is to gather, raise, and trade virtual cats; this is where the demonstration of blockchain technology affectively transformed the gaming industry.

Many early blockchain games are likely to suffer from restricted gameplay for the conventional computer systems. However, with the elevated understanding of digital ledger technology, the developers are gaining a better grip on the performances of the games. Furthermore, large game creators have already started to utilize the possibilities of blockchain games.

When playing online games, what could be more exciting than constant access to joint gaming platforms? The shared ledger approach of blockchain technology will enable gamers to utilize their personalities and products across multiple matches. On the other hand, parallel gaming becomes feasible because of the integration of smart contracts, which will verify all your information.

Blockchain trademarks user’s information, providing a stronger data storage choice to be utilized in electronic assets matches. With blockchain technology, gaming firms have their terms of the agreement confirmed through smart contracts, permitting allegiance to be increased across all interlinked titles. Besides this, the smart ledger technology will also render multiple gaming corporations to join hands and create possible parallel gaming universes.

Value of Gaming Items will Increase

While playing, the capability of possessing several in-game items drives the users to spend more hours on it, which will not only formulate informative data but also elevate the value of the items. To attain a seamless performance, the availability of blockchain technology becomes very vital.

With the inclusion of blockchain technology, creating fresh methods to utilize virtual products in and out of matches becomes functionally efficient. On the flip side, it enhances the economic value by establishing platforms that enable users to sell their virtual products in fiat currency.

By bringing encrypted blockchain ledgers to the gaming environment will underline the safety way which was initially missing from the conventional work-frame, and also would ensure that the game products are stored securely and efficiently.

As long as the data is stored in encrypted firewalls, the unauthorized access by hackers becomes impossible. Not only must a hacker focus on ensuring that the correct sockets are hacked, but the timing must also be impeccable, thus making the blockchain perfect for gaming ecosystem.