A New Voyage towards Greater Experience 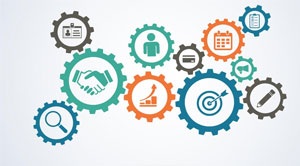 Ciena inaugurated a concept of an adaptive network which has been the vision of the company for more than five years.

• Network Analysis and Intelligence: Advancements in big data allows pulling out real-time data and at the same time running network analysis. Hence it’s necessary to increase the uptime and keep pace with the technology to adapt to real-time changes in the network.

• Software Control and Automation: Network automation has become feasible by the advent of Software Defined Networking (SDN) and multi-vendor orchestration. Something new is expected with the change in real time which can be implemented with Multi-Domain Service Orchestration (MDSO).

• Programmable Infrastructure: With advanced architecture, today’s need for massive bandwidth can be met without decreasing performance in networking.

With its constant striving for the better network space, Ciena has innovated techs like Wave Logic3, Wave Logic Programmable Coherent Optics, Wave Logic AI and Liquid Spectrum. These technologies come with benefits like openness, security, ease of use, customizability according to users' needs.