A Simplified Approach is Key for VMware vSphere Design 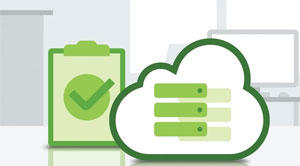 There are many basic design elements to look at when running a vSphere evaluation to ensure that it runs as efficaciously as possible. Administrators must estimate themselves how much they should alter the default ESXi settings and take into account on how default settings constitute the major part of vSphere design decisions. There are some traditional and non-traditional options described below, which are available when incorporating elements in your vSphere design that cleverly fixes common problems.

A firm encountered an issue when running a vSphere deployment. They tried to fix this problem by outsourcing the management, implementation, and design of the virtualization platform. In order to limit the cost of the platform, the firm’s provider leveraged a thin-provisioned array with thin-provisioned VMs, but neither party seemed to have closely supervised the array's available space. This resulted in a drastic space issue and complete VM outage. Though the problems arose due to lack of monitoring, the level of design complexity was too high for the on-site expertise. In case of smaller organizations, a monitoring team along with an IT generalist is required to follow through this design.

A Scenario in Networking and Virtual Storage Domain

A client used the distributed switches of networking and virtual storage formats for connecting remote offices. They had to perform ESXi host or storage VM maintenance tasks without fail as instructed. If there were any failure in following the procedure, it could lead to inaccessible virtual storage implying an unavailable VM as well as vCenter. There are number of choices available to create a switch, however, it is recommended to keep things simple for the distributed switches using command line management with commands such as such as vifptarget as it plays huge part in ESXi environments.

Risks are encountered in all aspects of the deployment. For example, small business clients may not recollect things and are likely to forget what have been dictated to them during the implementation of designs because the infrastructure designed is not their core occupation. Eventually, they find it hard to resolve the challenges when encountered. Using of complex components in the integration of hardware and software requirements makes it difficult to tackle if an issue is detected in future. Therefore, it is better to keep things simple to avoid the kind of failures that arise in case of unavoidable situations. For example, rather than implementing complex elements of vSphere design, choose the most basic and simplest form of elements, which fulfills the requirements, such as VMware vSAN, a software feature built into the hypervisor in vSphere that has a simple activation process.

ACI—a specialty benefits provider—needed a clear view of available capacity and an agile platform to accommodate dramatic growth of its business. ACI migrated to a virtualized datacenter and deployed vSphere with operations management feature. The implementation resulted in ACI delivering a prodigious customer experience with active virtualization management. It in turn resulted in improved performance by 55 percent, saved 20 percent in CapEx expenses, reduced 25 percent time spent on diagnostics and problem resolution. Consequently, it also boosted 50 percent in consolidation ratios.

It is advisable to go for a simpler model while assembling your vSphere design to avoid unnecessary consequences. If the choice is to proceed with the complex features, make sure that they are self-manageable, as in the case of hyper-converged platforms.