Achieving the Renewable Energy Goals for 2019 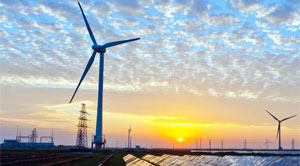 Accelerating the decarbonization initiatives and reducing the risks and impacts of climate change has become essential for the countries around the world. Due to the urgency of climate action in mind, companies should watch out for the trends which have the potential to disrupt the energy market.

Natural gas is on the verge of losing grip over the U.S. homes. The U.S. offshore wind industry is gaining transition. Gas is making way for wind in the U.S. EDF and Equinor are putting up the big bucks for federal offshore lease areas. The Department of Energy is not far behind; they too are pitching the U.S. wind industry to overseas investors. To strengthen its initiative and create a sense of belief for the investors, the Department of Energy established a new wind energy R&D hub in renewables-friendly New York State. Companies need to keep an eye on the upcoming offshore wind lease activity in the New York Bight.

The third trend to watch out for is the hydrogen fuel cell. Hydrogen is a zero-emission fuel, whose primary sources currently are natural gas and coal gas. For instance, hydrogen-focused startup Nikola is marketing fuel cell to semi trucks. Nikola plans to establish its network of hydrogen fueling stations. Companies need to keep on port cities and other shipping hubs which are poised to lead the way to hydrogen fuel cell commercialization.

Onshore wind energy is much smaller than the now-familiar giant turbines that populate wind farms. Technology improvements and a new regimen of oversight and certification are beginning to pay off, which can accelerate the growth of the onshore wind energy.

Local communities have stepped up to the renewable energy plate: a very positive force of shaping government policies. These initiatives have helped more cities in the U.S. to establish their renewable energy goals. Also, the states are finding new ways to leverage the collective power of ratepayers to get their hands on more clean power. Just like corporate America helped push the demand for wind and solar, local governments too are taking bold decisions. Companies have to be alert with community choice aggregation. These programs are intended to force utility companies to provide a voluntary clean power option.